NF opened higher and got into the selling singles of 13407 to 13574 and made a quick high of 13450 where it got rejected from the same level as it did the previous afternoon which triggered a trending move lower in the IB (Initial Balance) of 219 points with the auction taking support just above yesterday’s buying tail of 13225 to 13155 but also confirmed a long selling tail from 13367 to 13450. The C side saw a move back to the day’s VWAP but stalled at 13364 which meant that the supply of morning was still active as NF balanced below VWAP forming a ‘b’ shape profile for the day and even made an attempt to break lower in the ‘G’ period as it made new lows of 13222 but was swiftly rejected which meant that the demand was now overcoming the supply leading to a fresh OTF (One Time Frame) probe higher for the rest of the day as the auction went on to negate the morning selling tail & confirmed a FA at lows while making multiple REs higher to tag 13508 leaving the second Neutral Extreme profile for the week. However, the DPOC for the day shifted to 13490 at close suggesting that the longs have booked out and as Value for the day was overlapping to lower, the PLR would still be on the downside for a probe towards 13435 & 13355 in the coming session unless NF gets accepted above 13490 for a move towards 13530 & 13574. 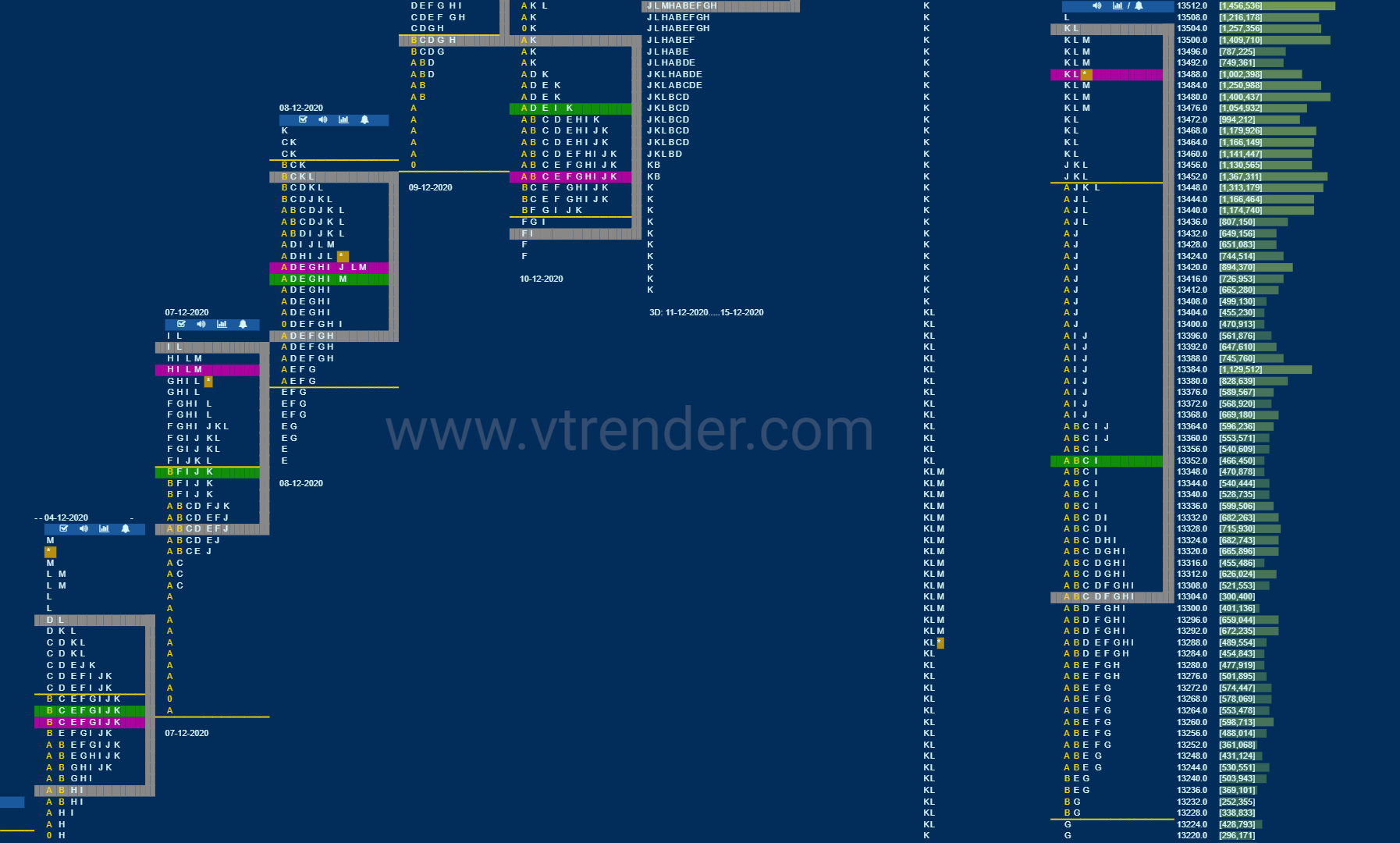 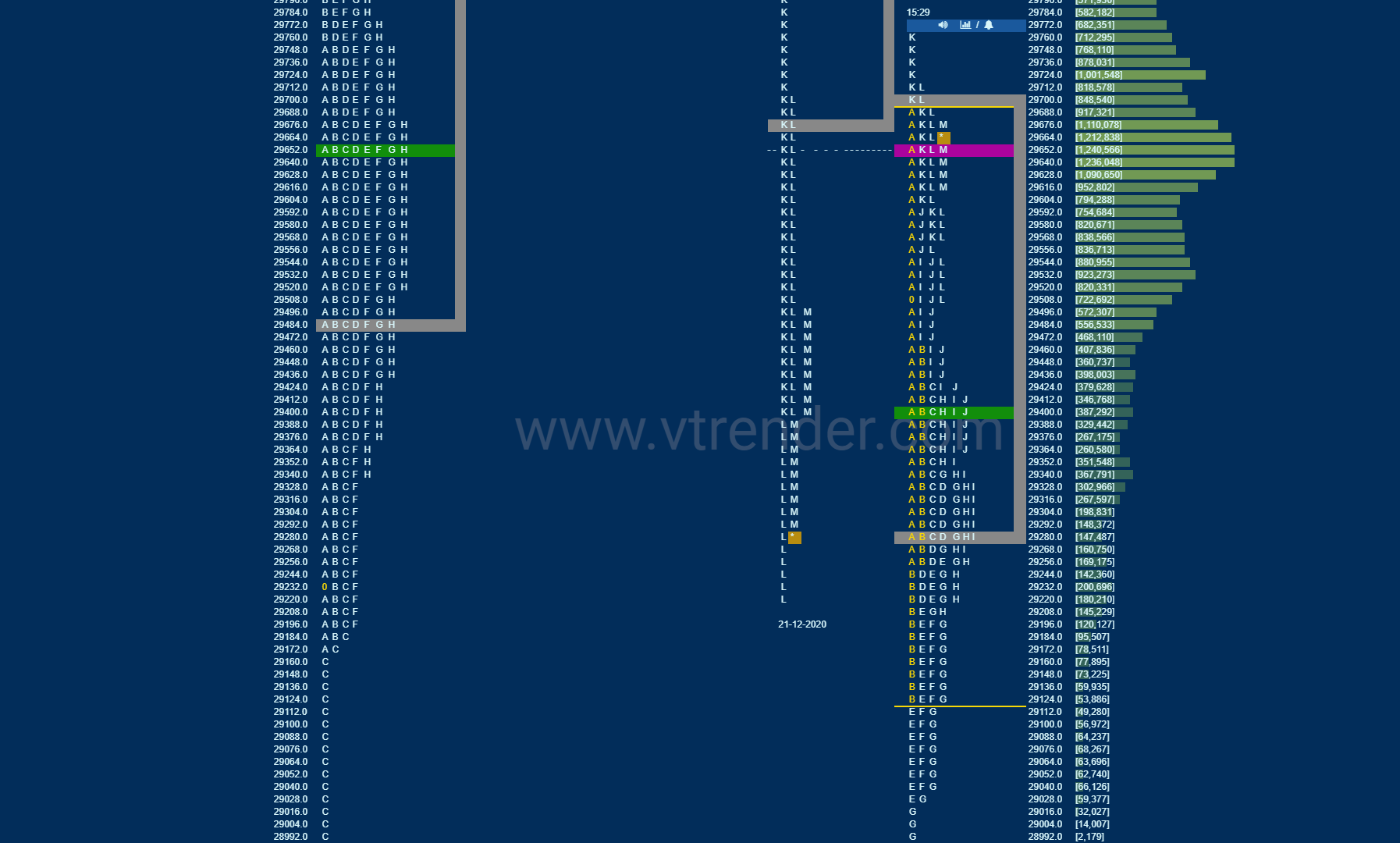 BNF opened above 29504 and made the first probe higher as it made a high of 29689 getting rejected just below the selling singles from 29708 to 29966 indicating return of supply and this led to a reversal in the auction to the downside as it made a big IB range of 556 points breaking below PDL (Previous Day Low) and making a low of 29133. The ‘C’ side then gave a retracement to the day’s VWAP but could not sustain above it and this led to another leg lower as BNF made couple of REs lower in the ‘E’ & ‘G’ periods testing the lower level of 29030 and as it made a low right at the positional support of the series first FA of 29000. This swing support holding brought more demand as the auction made a treding move higher till the ‘K’ period as it even made a RE on the upside hitting new highs for the day at 29760 in the ‘K’ period but saw good profit booking into the close as the dPOC moved higher to 29656 where BNF eventually closed with the series POC also shifting back to 29650 from 30798. Value for today’s Neutral Centre profile was lower and has small rejections at both ends so could continue to balance in this zone in the coming session(s) with 29966 & 30329 references on the upside and 29300 & 29000 the important levels to watch on the downside.