NF opened a bit lower and found support at the TPO POC of Friday which was at 11640 as it made a low of 11641 in the opening minutes and reversed the probe to the upside as it tagged 11693 but could not scale above the PDH of 11696 indicating that the auction could be range bound which was confirmed as NF remained in this ‘A’ period range till the ‘E’ period forming a mini balance & looking set to give a Double Distribution profile as it gave a RE to the upside in the ‘F’ period and followed it up with a higher high in the ‘G’ period as it made highs of 11715 but just fell short of the 1.5 objective of 11719 which gave a strong signal that the upside probe could have been done. More confirmation of this came in the ‘H’ period as it made a lower high & low ending the mini-OTF move from the C period lows and the ‘I’ period made a RE to the downside confirming a Neutral profile and seemed to be headed for a Neutral Extreme as it made lower lows till the ‘L’ period where it tested the buying tail of 11609 to 11551 but could only make a low of 11604 finding some demand in the singles zone after as it closed at 11624. NF has a 2 day overlapping POC at 11670 and is also giving a nice Gaussian profile on a 2-day composite so can give a move away from here in the coming session(s) and either needs to break above 11670 on good volumes for a probe higher or get accepted in the tail for a move to the downside.

(Click here to view the 2 day Gaussian profile in NF) 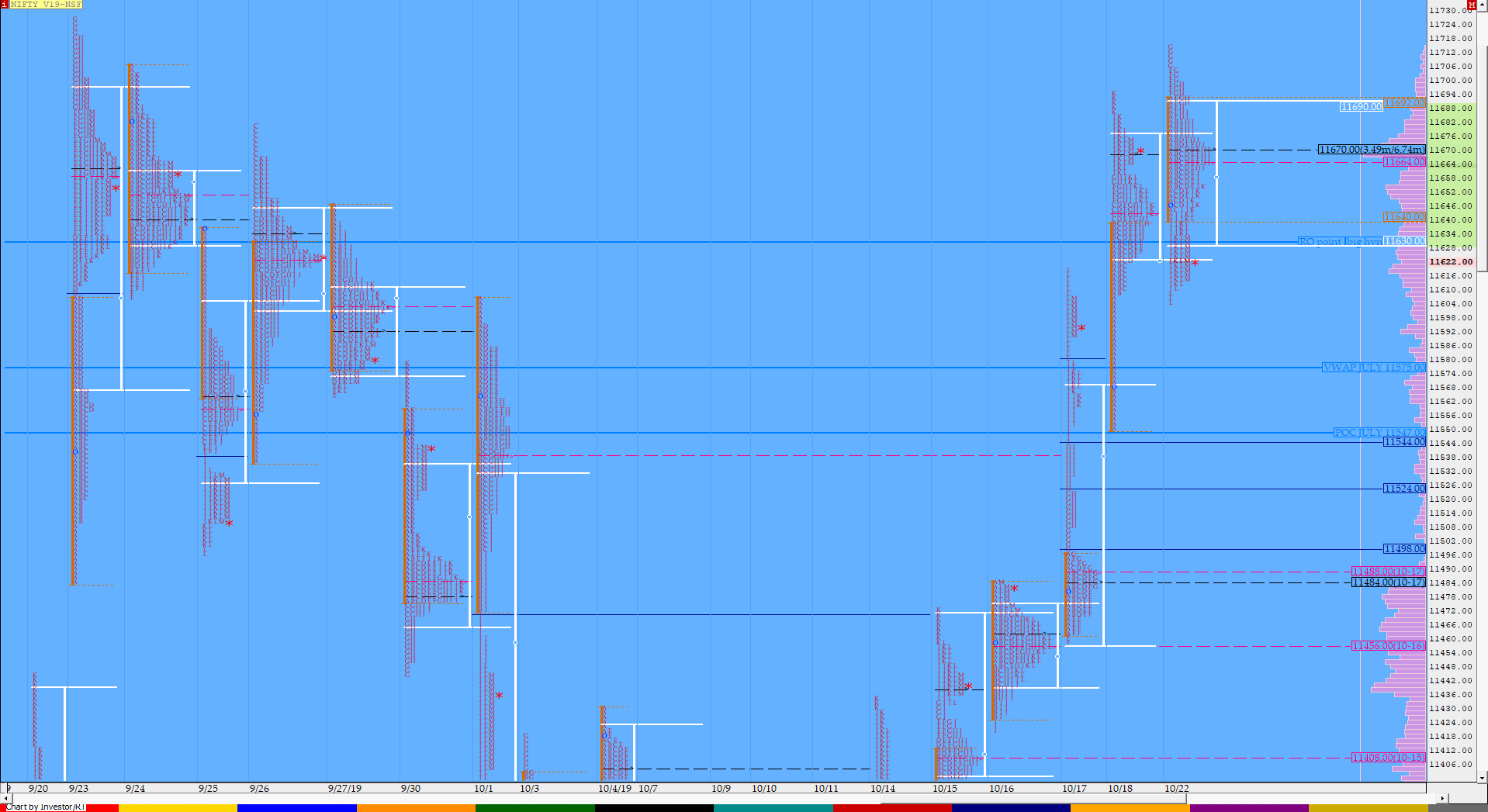 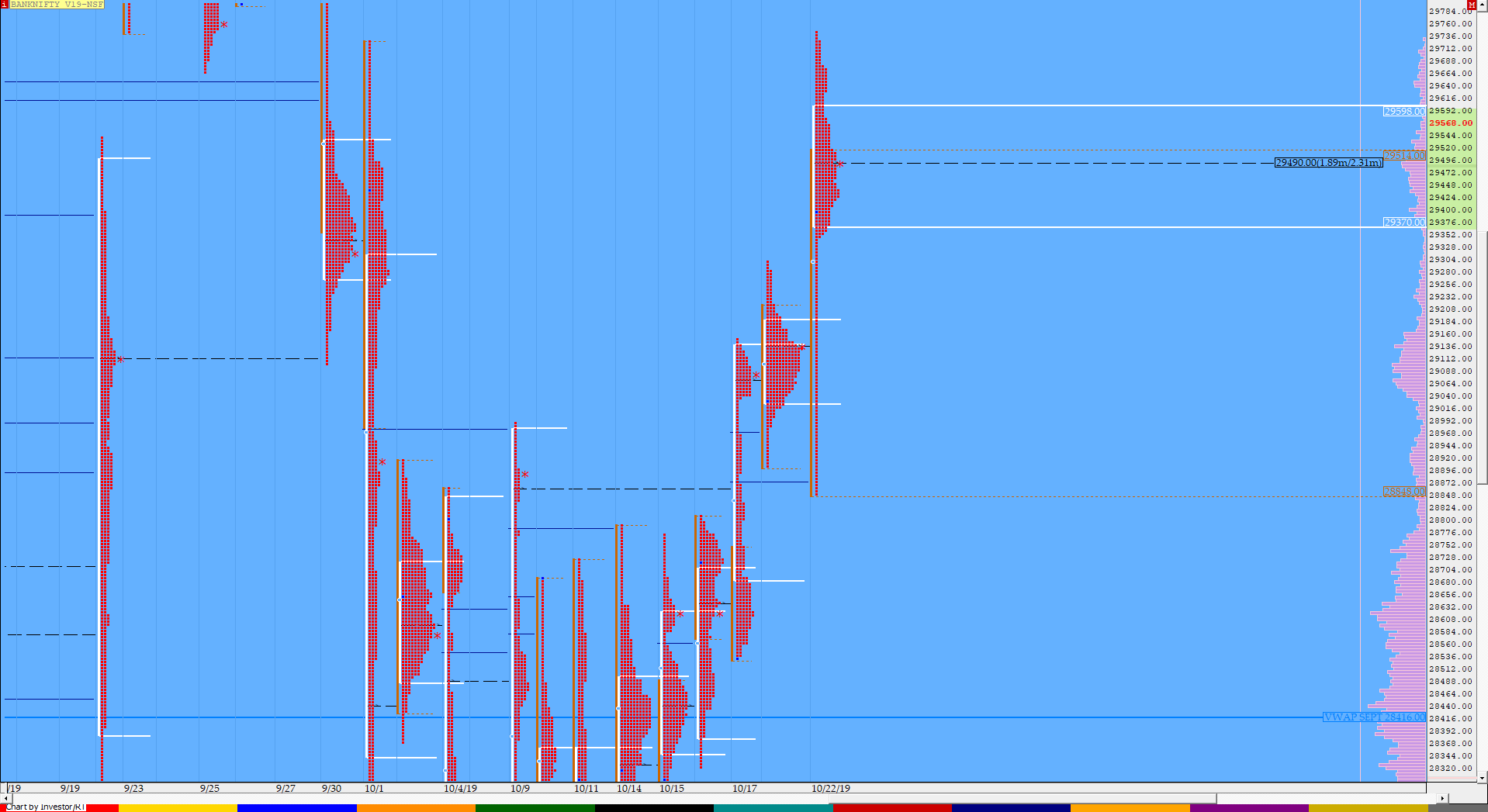 Previous day’s report ended with this ‘BNF would need to take out the supply zone of 29232-29275 for an immediate probe to the weekly VPOC of 29336‘ and BNF opened higher with a big gap up above this vPOC as it gave an OH (Open=High) start at 29397 to give a OAOR start and probed lower to check for demand and found the same at the 29232-225 levels but also left a freak low of 28851 in the opening minutes. The auction then started to contract till the ‘D’ period as it often does after an OAOR making similar lows around 29350 which meant that the downside was limited and the ‘E’ period then made an RE to the upside followed by higher highs in ‘F’ &’G’ as BNF completed the 2 ATR move from the FA of 27774 which was also the 1.5 IB objective for the day at 29659 and continued higher to hit 29747. These new highs could not be sustained which led to a big liquidation move as the auction retraced the entire rise to make a OTF move down from ‘G’ period to ‘J’ period where once again it took support just above the 29350 level as it left a PBL at 29372 and closed near the HVN & dPOC of 29480. Value for the day was completely higher as BNF formed a ‘p’ shape profile and the singles from 29350 to 29151 will be the important support this week.