NF opened slightly higher but could not get above the Neutral Extreme reference of 11324 as it got stalled at 11292 from where it resumed the imbalance seen since yesterday afternoon and it not only broke below PDL (Previous Day Low) but also took out the series low of 11202 (which was also a FA that had not been tagged) in the A period itself which led to another quick 100 point drop to 11103 in the IB (Initial Balance) as it left the largest IB range in over 4 months of 189 points. The imbalance then made way for a balance for the rest of the day as the auction remained in the IB forming a nice Gaussian profile with a close just below the prominent POC of 11176. Value was completely lower hence the PLR (Path of Least Resistance) remains on the downside with 11202 & 11255 being the supply points for the coming session(s). 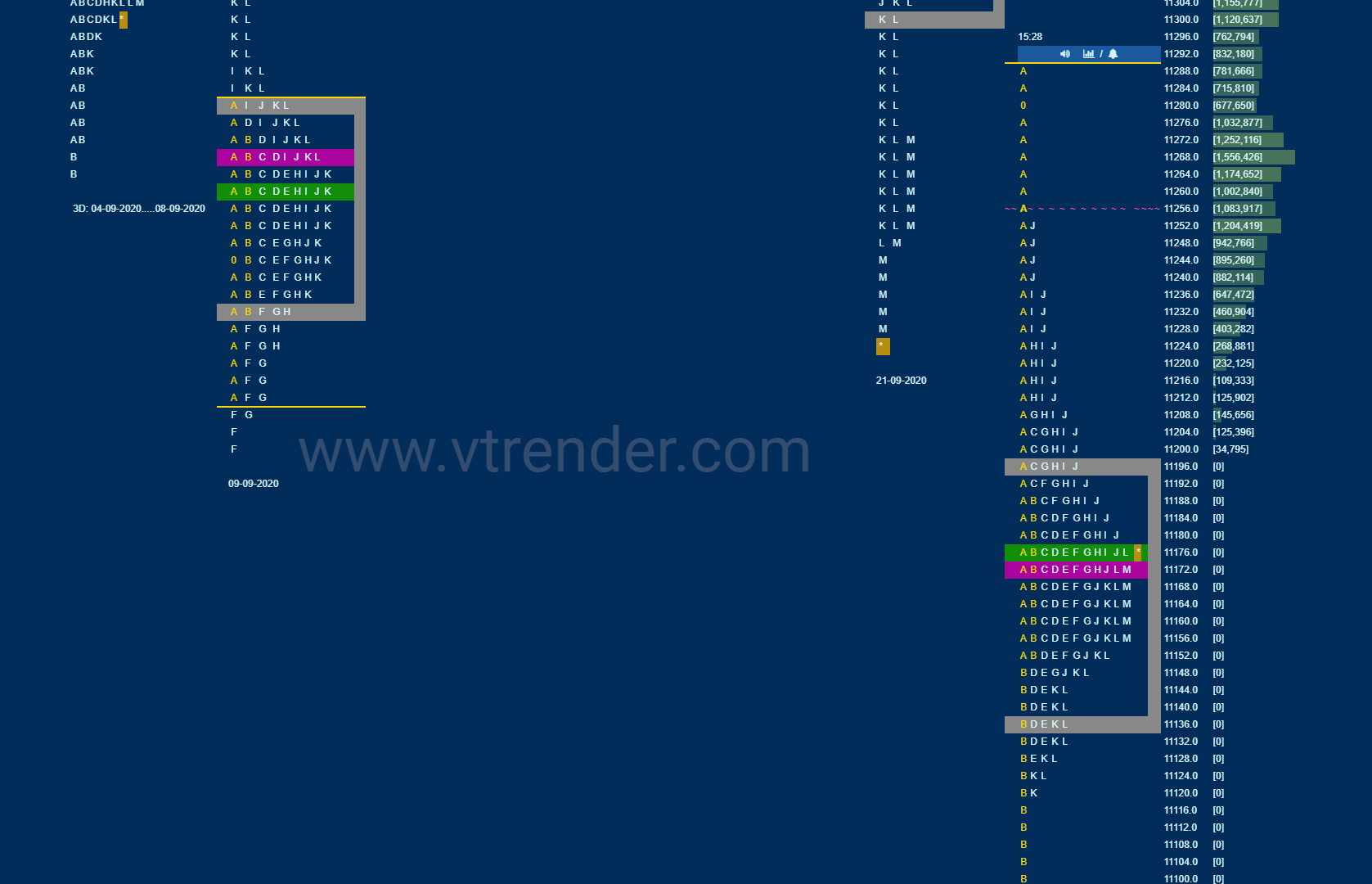 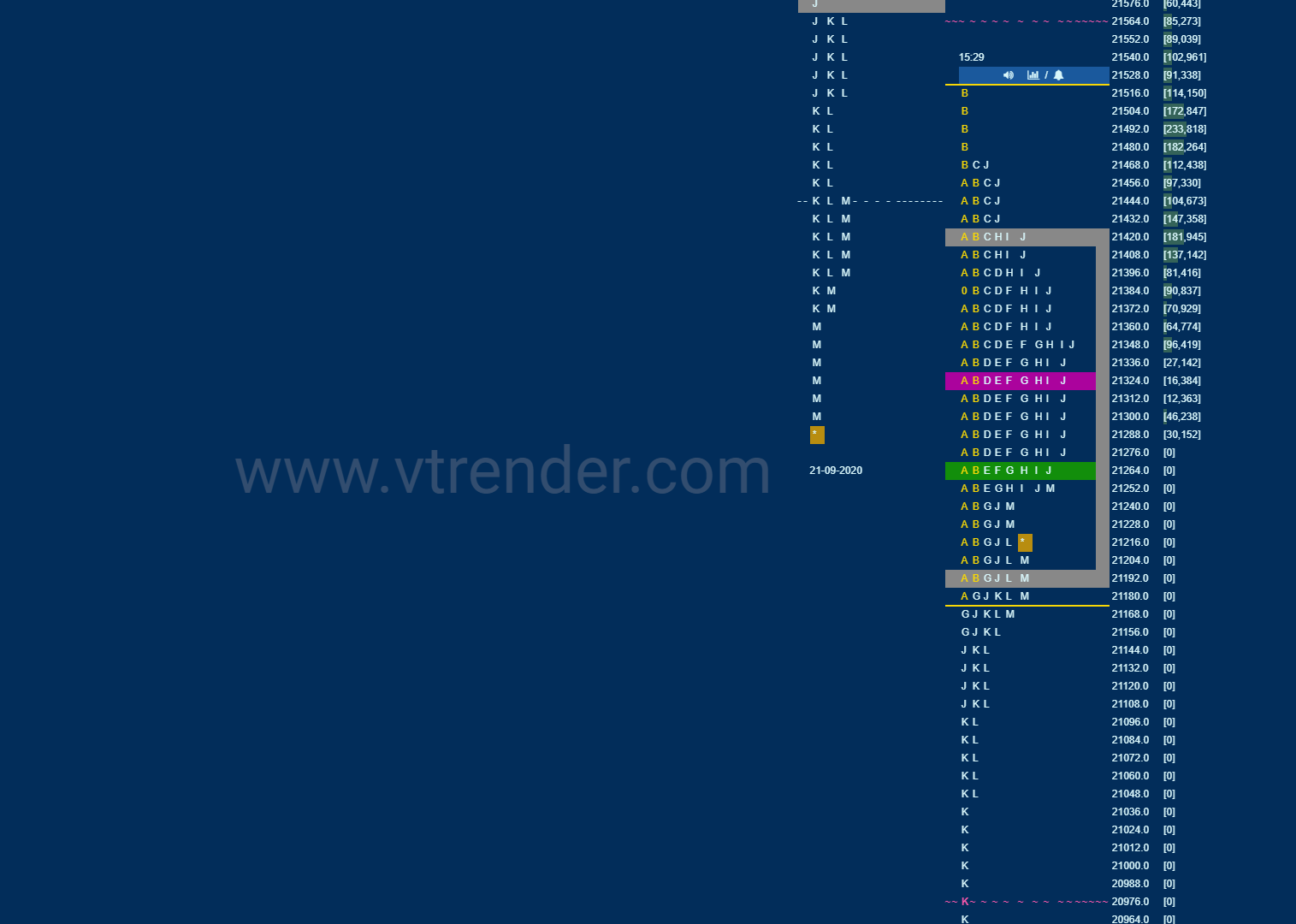 BNF made an Open Auction start as it made a probe below PDL in the A period but did not find fresh supply which was also marked by similar lows of 21190 & 21202 in the first 2 TPOs after which the auction probed higher getting back into previous day’s range as it went on to make a high of 21516 in the ‘B’ period. The auction then formed a balance in the IB for most part of the day with a minor RE (Range Extension) lower in the ‘G’ period where it made new lows of 21157 but once again did not see any big selling and made a rotation back up to 21476 in the ‘J’ period which was also the start of the small tail at top and this late afternoon rejection led to a fresh RE to the downside as BNF made new lows of 20967 in the K period but saw some profit booking as it left a tail at lows from 21050 to 20967 to get back to the IB almost tagging the VWAP as it hit 21259 before closing the day at 21183 leaving a nice balanced profile for the day with lower Value and a prominent POC at 21330 which will be the reference for the next session.