NF opened at the POC of the 2-day balance with the lowest opening volumes of the series to give an OAIR (Open Auction In Range) start but left a buying tail in the IB (Initial Balance) from 11129 to 11097 as it made a high of 11153 in the ‘A’ period leading to an inside bar in the ‘B’. The auction then made a marginal C side extension to the upside which for once was accepted leading to a fresh RE in the ‘D’ period as it left an extension handle around the 2-day composite VAH of 11163 which indicated initiative buying after which NF went on complete the 2 IB objective in the ‘G’ period as it made a high of 11219 almost tagging the 2 ATR target from Monday’s FA of 10921 which was at 11222. Having hit the 2 IB early in the day, the auction gave a retracement to VWAP in the ‘H’ period which was defended as it left a PBL of 11179 which meant that the buyers were still present and made a fresh probe higher over the next 2 periods as it made new highs of 11228 in the ‘J’ period. However, NF could not sustain these new highs and the late buyers were forced to exit in yet another probe to the VWAP in the ‘K’ period as the earlier PBL was broken but it took support just above the morning extension handle to leave a new PBL of 11171 before closing the day just above the dPOC of 11200 leaving a ‘p’ shape profile for the day which means short covering. Volumes for the day were the lowest of the series which means the demand is drying up and NF would need fresh buying to come in above 11222 to continue any higher. On the downside, staying below 11200 in the next session could lead to a probe lower for a revist of that FA at 10921 over the next couple of sessions. 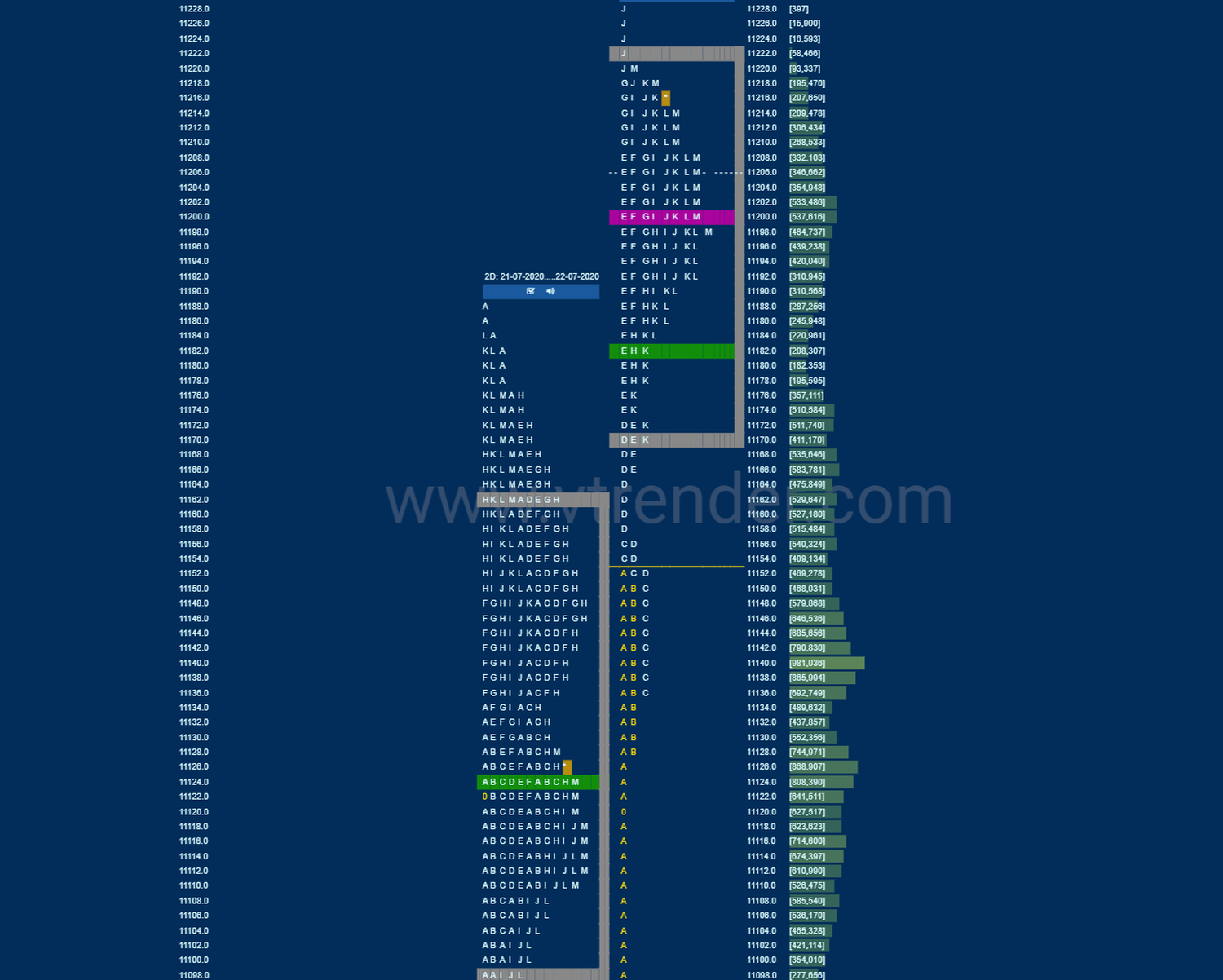 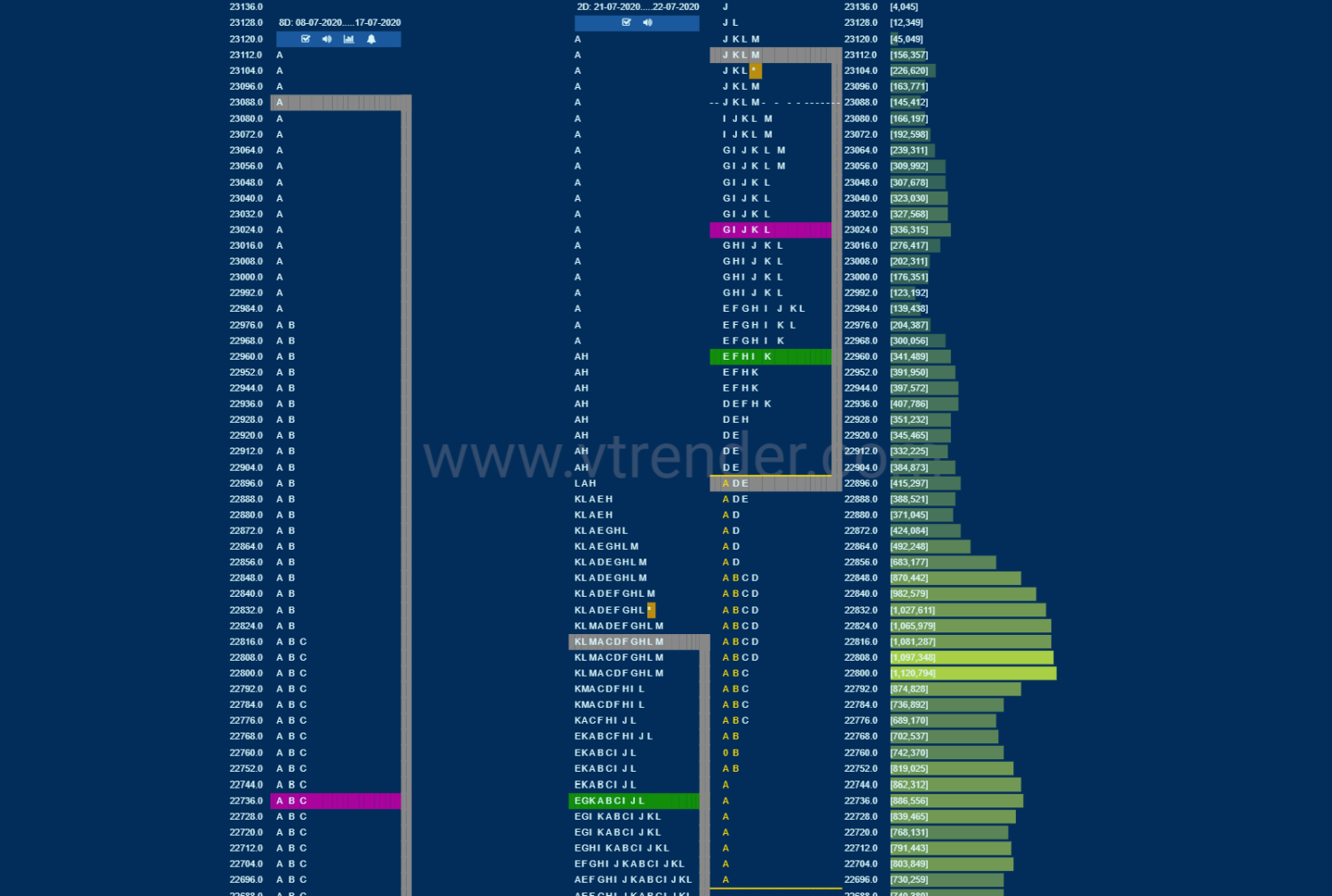 BNF also made an OAIR start but importantly stayed above the 2-day composite POC of 22686 as it made a narrow IB range of just 197 points from 22703 to 22900 making a double inside bar in the ‘C’ period of just 75 points. The auction then made a RE to the upside in the ‘D’ period which led to a probe into the previous day’s selling tail of 22963 to 23148 as it completed the 2 IB objective of 23097 while making a high of 23140 in the ‘J’ period but could not scale above PDH. This led to a move lower in the ‘K’ period briefly breaking below VWAP but saw a return of demand resulting in a PBL at 22940 after which the auction tagged 23130 once again before closing the day at 23095. Value for the day was completely higher though range wise BNF has formed an inside day and will need to get accepted above this week’s high of 23148 for a fresh move on the upside. On the downside, today’s POC of 23027 would be the immediate reference below which 22961-916 would be the support zone which if fails to hold can lead to the test of the HVNs at 22800 & 22680.