NF opened higher but reversed the probe to the downside after making a high of 12955 in the opening minutes as it formed a relatively big IB (Initial Balance) range of 105 points taking support just above Friday’s extension handle of 12849. The auction then had a silent C period but attempted a RE (Range Extension) lower as soon as the ‘D’ period began where it made new lows of 12825 but was swiftly rejected back into the IB leading to a probe above VWAP and then in the second half of the day scaled above the IBH too confirming a FA at lows. NF then went on to revisit last Thursday’s FA of 12976 but stopped just short of the 1 ATR objective of today’s FA which was at 12983 as it left a small selling tail at top too after making new highs of 12978 in the ‘J’ period before closing the day right at the dPOC of 12936 leaving a 3-1-3 Neutral Centre Profile. This was the 4th consecutive Neutral Profile in NF as the auction continues the balance it has been forming since last week. 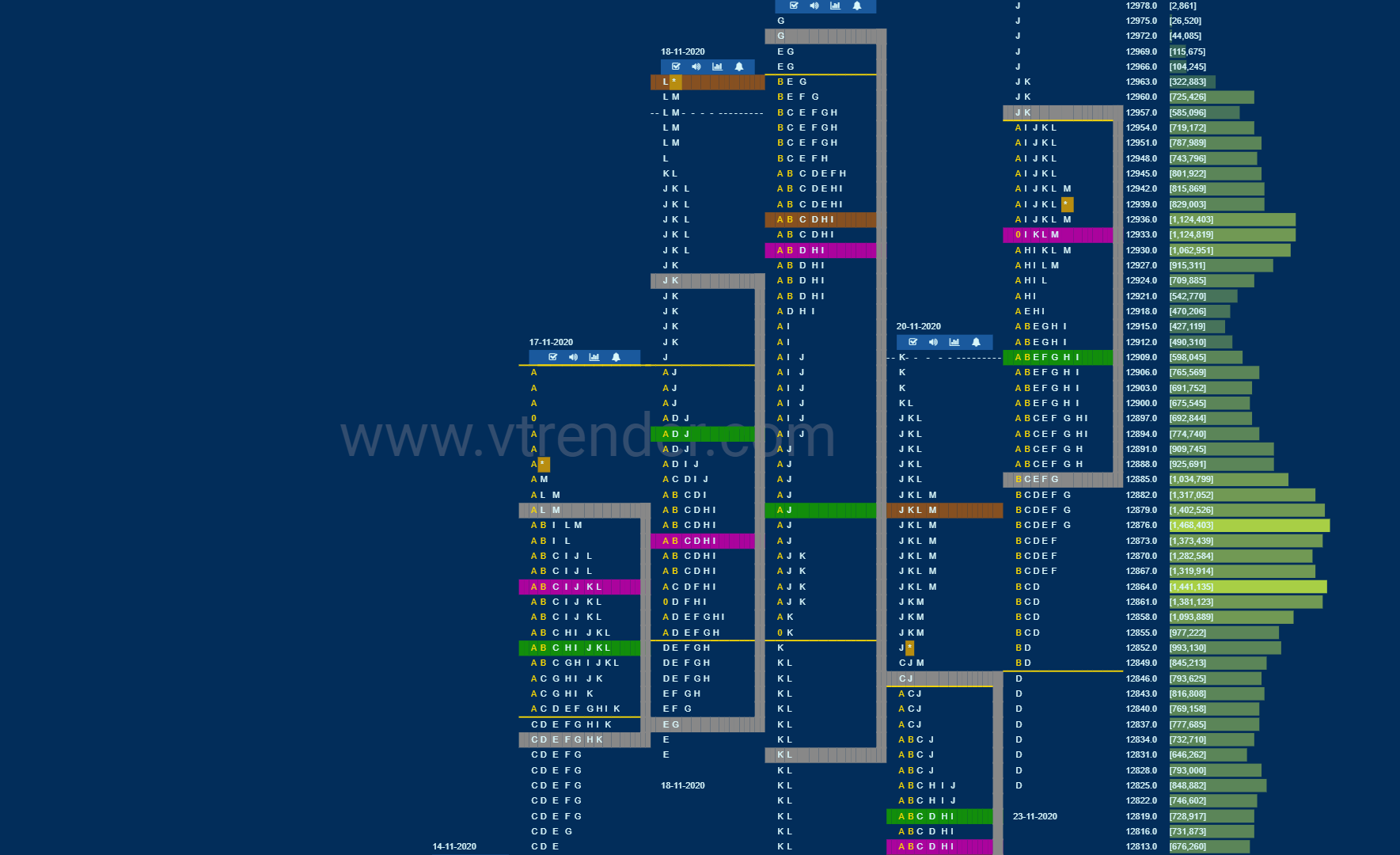 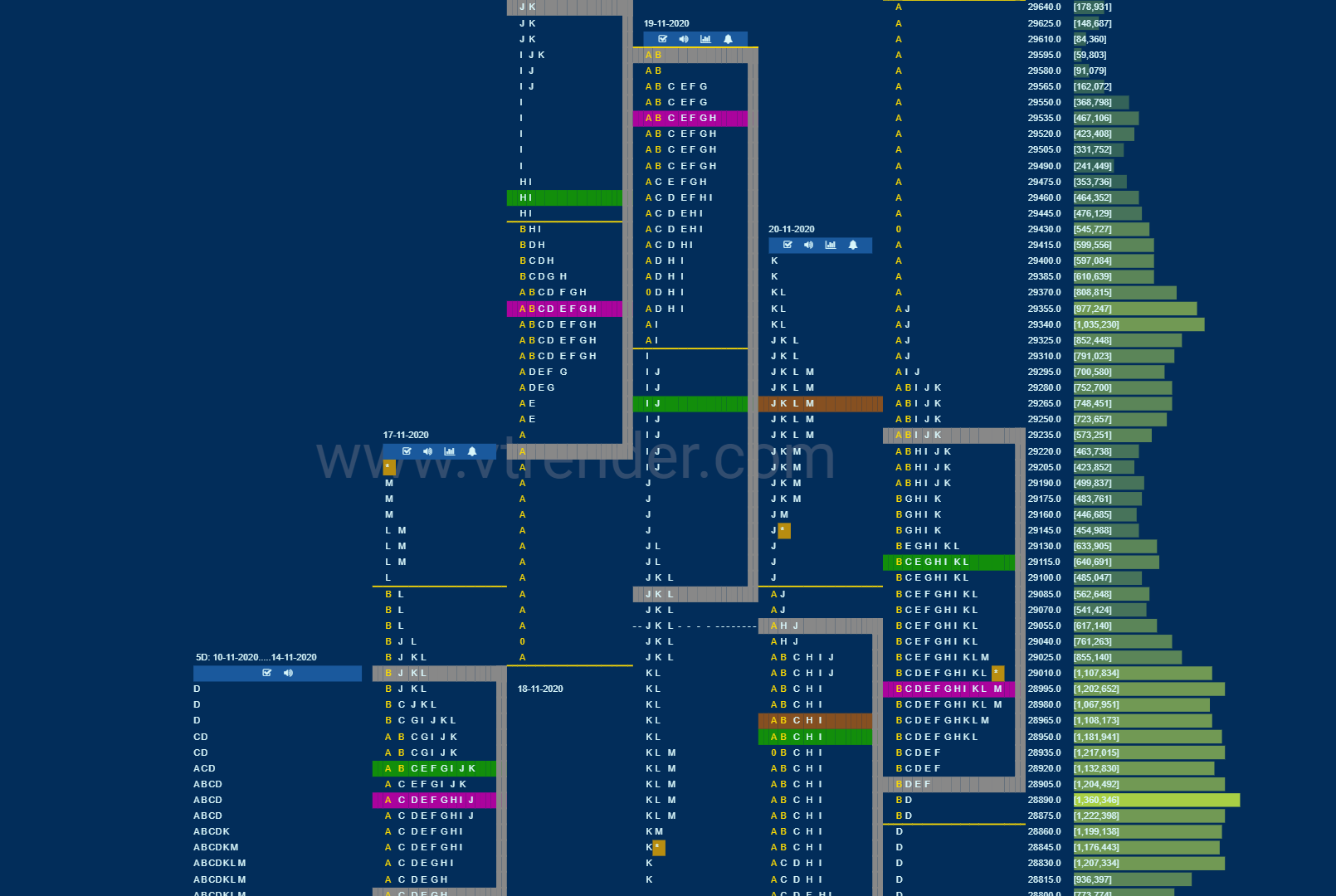 BNF opened with a freak high of 29641 but got back into previous day’s range almost immediately confriming an Open Rejection Reverse (ORR) start which led to a big fall in the IB as it made lows of 28886 after which consolidated in a narrow range forming an inside bar in the C period. The auction then made a RE to the downside in the ‘D’ period as it hit 28802 but was swiftly rejected back into the IB as it left a buying tail at lows which led to a slow probe higher till the ‘J’ period as BNF got back above VWAP and left a PBH (Pull Back High) of 29363 from where it made a quick retracment to the day’s POC of 29000 into the close where it eventually closed and would serve as the immediate reference on the downside for the coming session. Value for the day was overlapping to higher and on a larger timeframe, we have a balance being formed over the last 5 sessions so staying above 29025 the auction could fill up the low volume zone of this balance till 29565 in the coming session.