NF opened higher and got rejected when it probed back into previous day’s range indicating presence of initiative buyers which was further confirmed by a buying tail the acution left in the IB as it made new highs for the series at 13039. NF then made a marginal C side extension which triggered a typical probe to VWAP and even went further down testing the morning singles taking support there as it left a PBL (Pull Back Low) at 12999 showing that the demand was still active. The auction then remained in a narrow range between the PBL & IBH till the ‘H’ period forming a ‘p’ shape profile as it built volumes at 13020 before it made a fresh RE (Range Extension) to the upside in the ‘I’ period which triggered a trending move into the close as NF tagged 13082 before closing the day at 13062. Value for the day was completely higher with the auction moving away from the balance it was forming over the last 5 sessions and this new imbalance could continue in the next session. 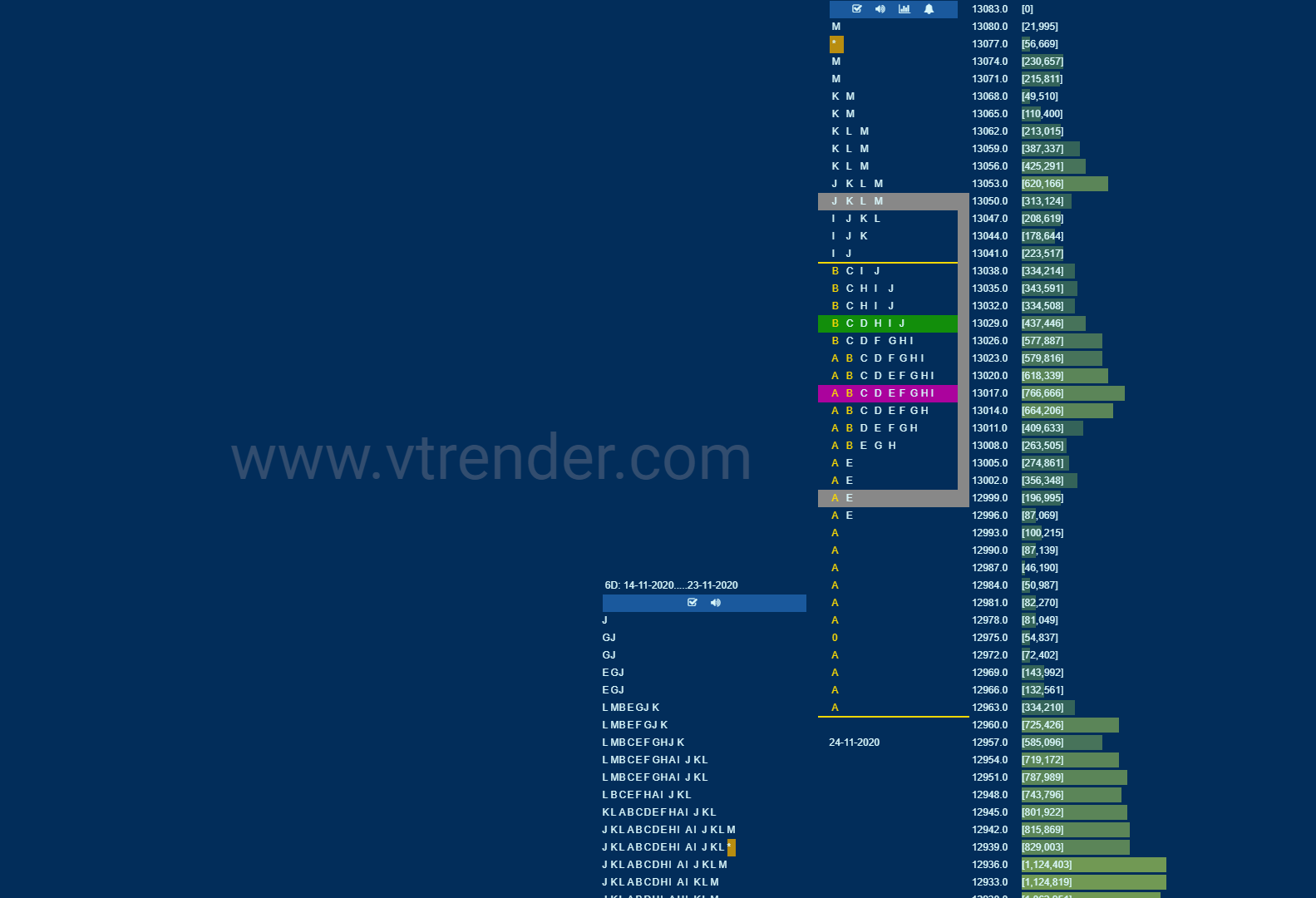 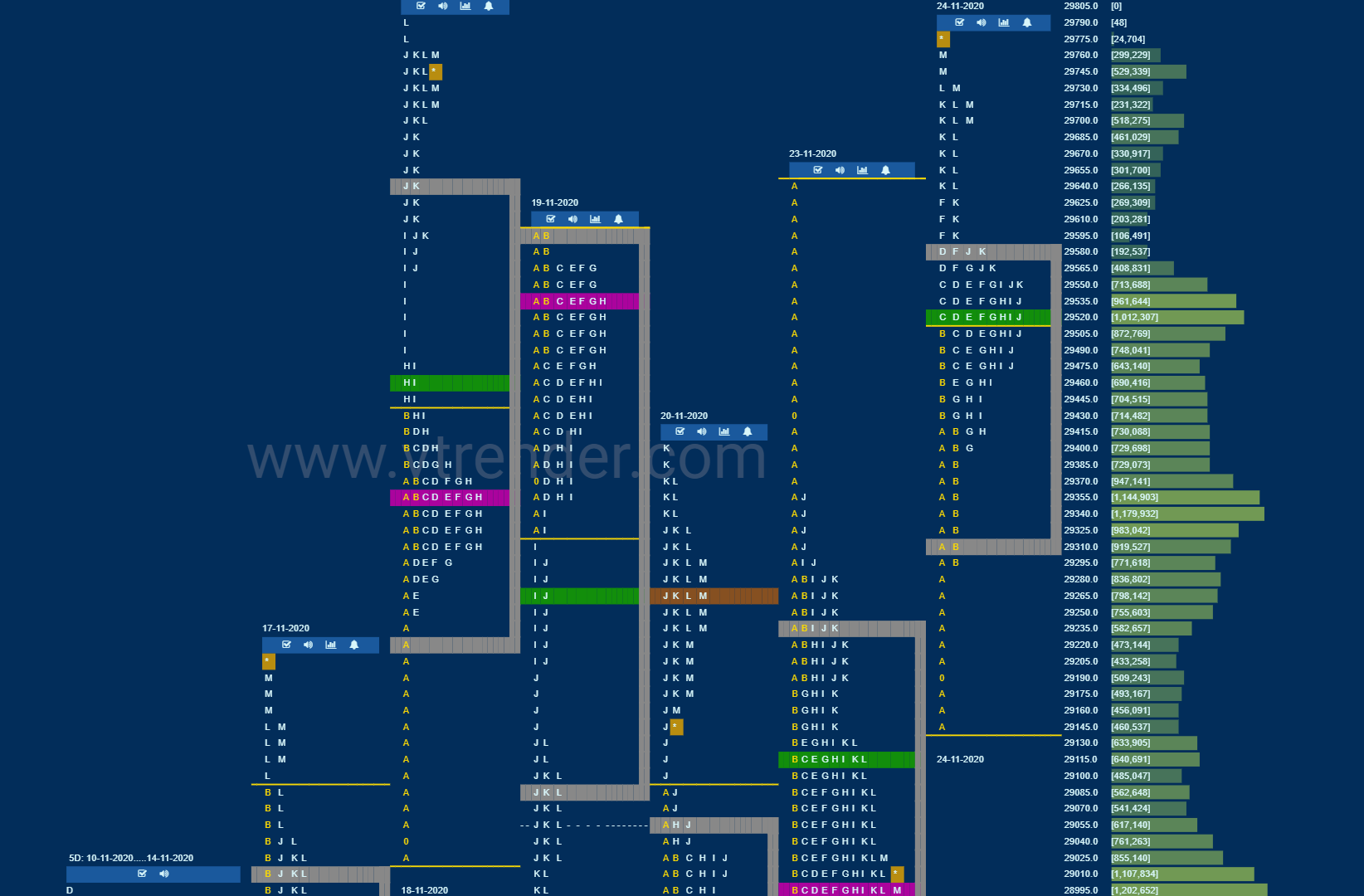 BNF opened well above the yPOC of 29050 and not only left a buying tail in the IB from 29300 to 29151 but even confirmed an extension handle at 29425 in the ‘B’ period which showed good intent by the buyers as it started to fill up the low volume zone of 29050 to 29565 and even made couple of REs in the ‘C’ & ‘D’ periods as it hit 29590. The auction then gave a retracement to the VWAP in the ‘E’ period which was defended after which it went on to give a fresh RE on the upside in the ‘F’ period as it made new highs of 29625 but saw supply coming in which set off a probe lower back into the IB and this time it even broke below the day’s VWAP and tested the morning extension handle and as expected was swiftly rejected as it left a new PBL at 29404. This rejection then set up a OTF (One Time Frame) move higher for the rest of the day as BNF went on to make a new RE in the ‘K’ period and spiked into the close almost tagging the series high of 29790 before closing the day at 29730. Spike Rules would be in play for the next session with the reference zone being 29700 to 29783 with the extension handle of 29625 being the important level to watch below it.