NF made a hat-trick of gap up opens this week as it tagged 13137 at open almost completing the 2 ATR objective of 13141 from Monday’s FA of 12825 and remained in a very narrow 41 point range in the IB (Initial Balance) indicating poor trade facilitation at these new highs and lack of fresh demand. The auction then left a rare extension handle at 13097 in the ‘C’ period and went on to complete the 3 IB target of 13015 in a flash as it probed lower till the ‘E’ period where it made a low of 12981 taking support in previous day’s buying tail of 12999 to 12965 after which it formed a balance giving a retracement to VWAP where it left a PBH (Pull Back High) at 13059 in the ‘H’ period. The inability to get above VWAP resulted in another liquidation move from the ‘J’ period onwards as NF left the second extension handle of the day at 12981 and went on to make lows of 12844 in the ‘L’ period before closing at 12859 leaving a Triple Distribution Trend Day Down. Value for the day was overlapping on both sides given the huge 294 point range and the immediate support for the expiry session would be the FA of 12825. On the upside, the immediate selling tail of 12919 to 12981 would be the reference to watch out for sellers to return. 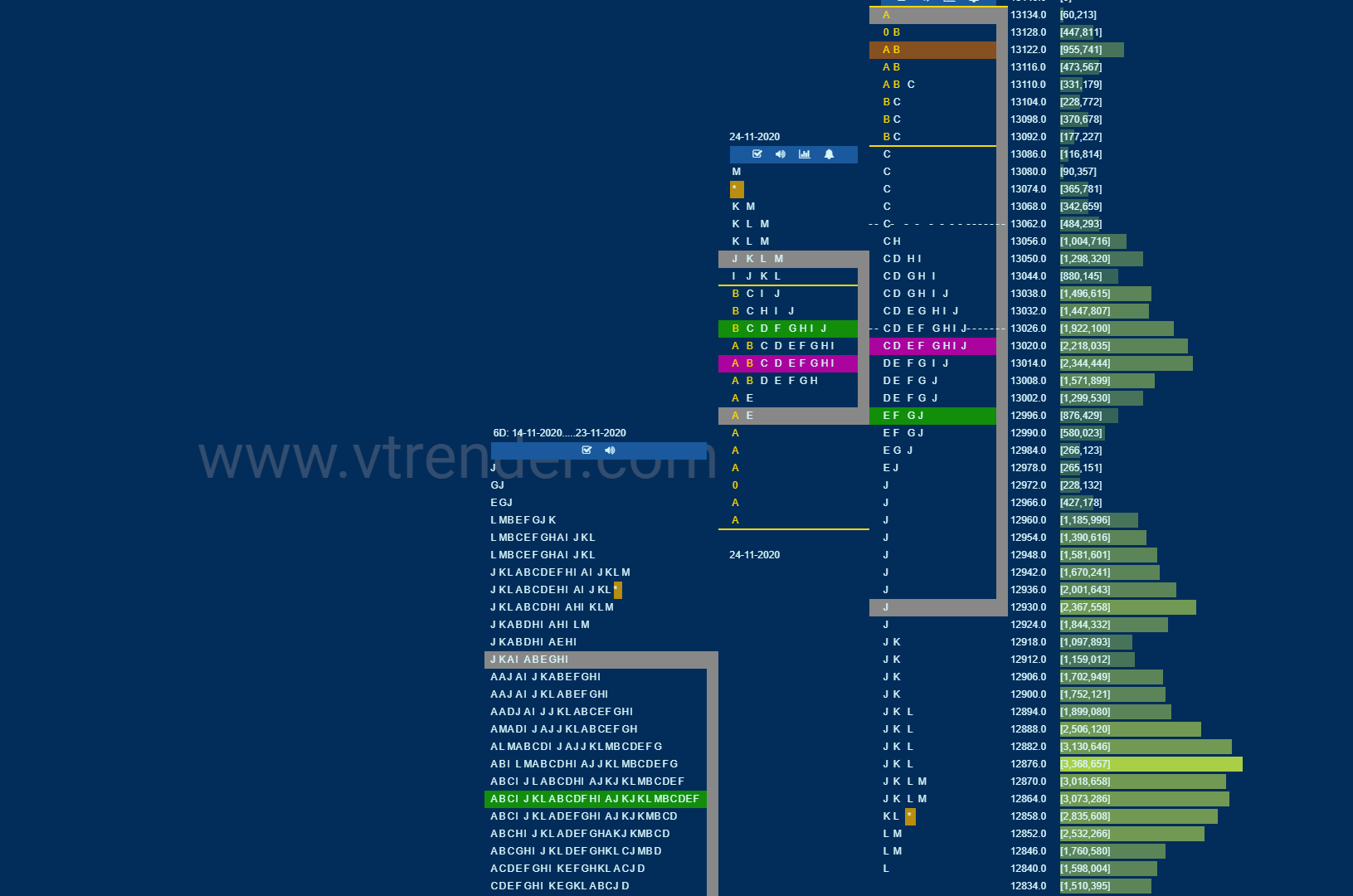 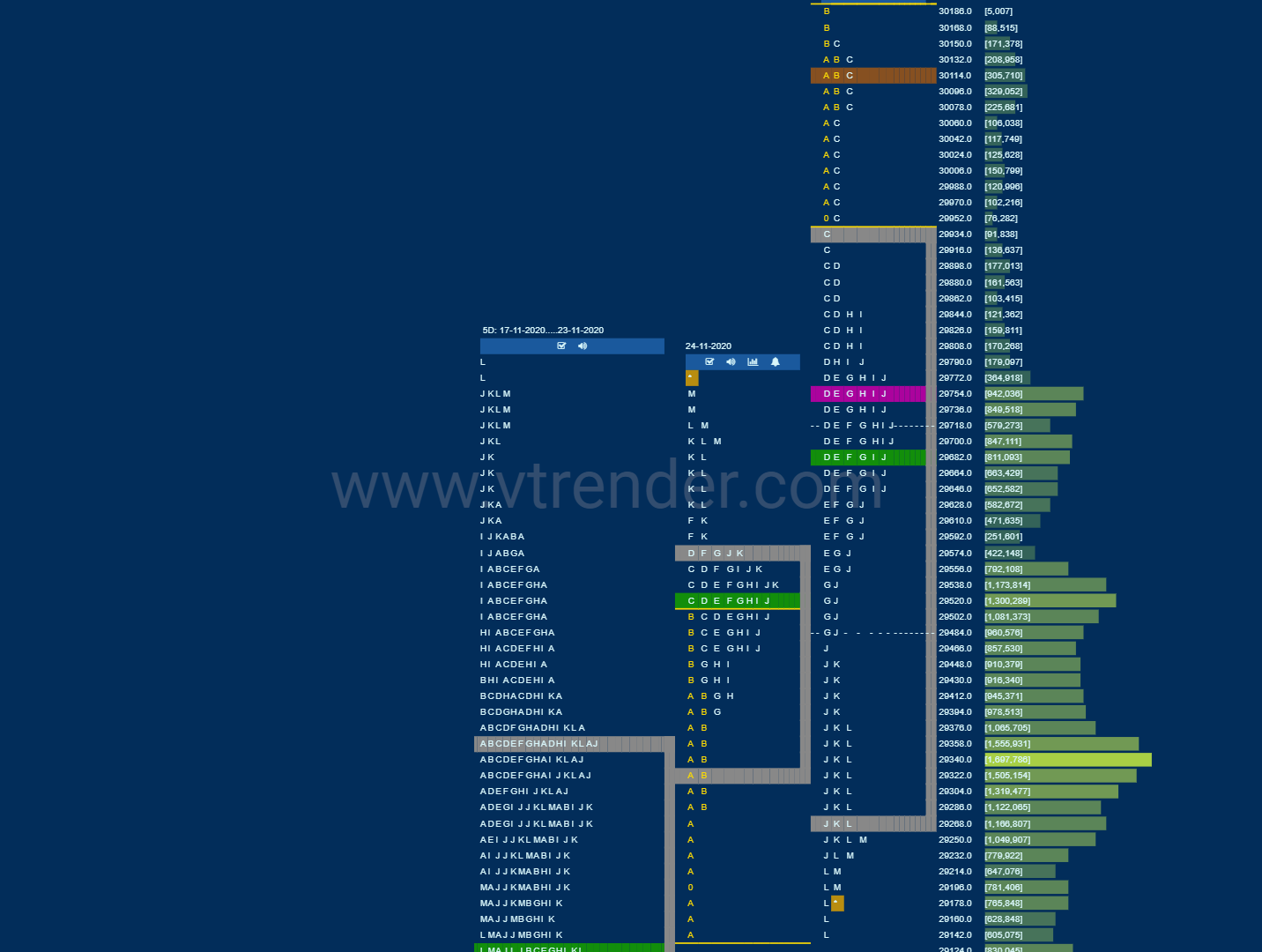 BNF continued the imbalance of previous day as it not only opened with a gap up of 223 points but was also an OL (Open=Low) start at 29953 after which it continued to probe higher in the IB recording new highs for the series at 30190 in the ‘B’ period. However, the break of VWAP in the ‘C’ period then triggered a huge liquidation move on the downside as the auction got back into previous day’s range after leaving an extension handle at 29952 and went on to tag the yPOC of 29525 while making lows of 29494 in the ‘G’ period. The test of previous day’s combo of POC / VWAP plus the day’s 3 IB objective almost being hit then led to a small retracement to the day’s VWAP but similar to what happened in NF, this probe resulted in a PBH at 29850 as BNF formed a balance building volumes at 29730 before making a fresh RE in the ‘J’ period leading to new lows of 29148 for the day leaving a Trend Day Down. The imbalance of 1042 points could bring in a balance in the next session if the auction manages to stay above 29260 with the extension handle of 29494 and the PBH of 29850 being the levels to watch. On the downside, acceptance below today’s low could bring in a test of the VPOC of 29000 and the HVN at 28860.