NF opened with a big gap down at 11739 and remained weak as it made highs of 11763 in the opening minutes but settled down into an OAOR (Open Auction Out of Range) leaving a narrow IB range of just 52 points. The auction then attempted a RE (Range Extension) to the downside in the ‘D’ period but got rejected from 11702 as it failed to attract new sellers. As often happens in an OAOR start, NF then stayed in a narrow range doing almost nothing till the ‘H’ period as it started to build a prominent POC at 11725 and in the process was forming a ‘b’ shape profile but the ‘I’ period saw a big short squeeze move coming in which led to a RE on the upside followed by a higher high in the ‘J’ period at 11788 which was swiftly rejected. This rejection from just below the PDL (Previous Day Low) meant that fresh initiative supply was coming into the auction and this gave a trending move to the downside as NF made a fresh RE to the downside not only tagging that VPOC of 11692 but went on to complete the 2 IB move down and made lows of 11635 in the ‘K’ period where it saw some profit booking setting up the 45 degree Rule as it made an attempt to move back to that prominent POC of the day to finally close at 11695 leaving a Neutral Centre Day. Value for the day was completely lower continuing the trend of this week but NF has left a small buying tail at lows from 11658 to 11635 which it would need to negate for the PLR (Path of Least Resistance) to remain down. On the upside, the auction would need to give a move away from 11725 on initiative volumes for a probe towards the VPOCs of 11841 & 11930 failing which NF could form a balance for the next session or two before giving the next imbalance move. 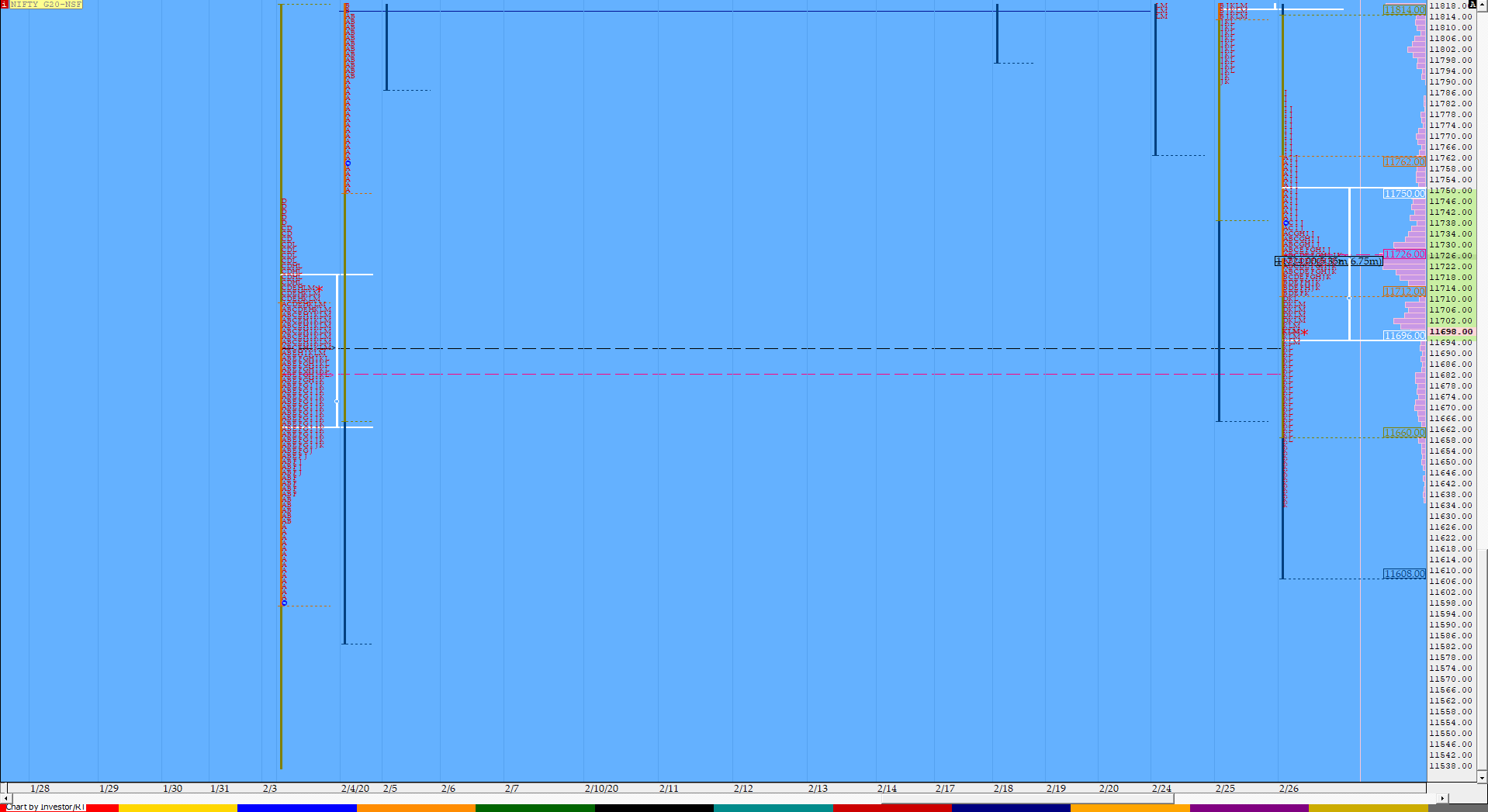 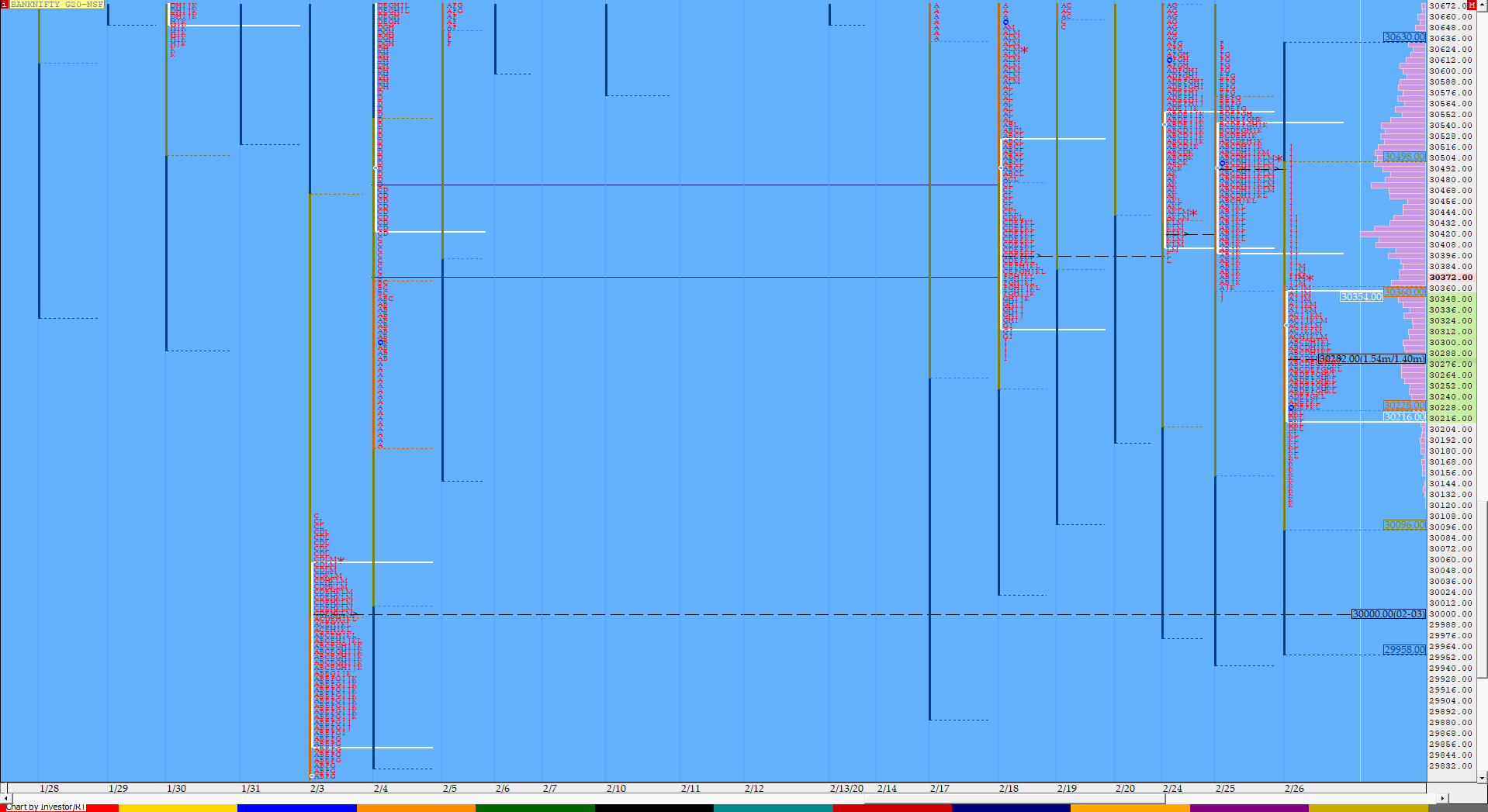 BNF moved away from the 2-day balance on the downside as it opened with a big gap down but was also an OL (Open=Low) start at 30230 which was the 1 ATR objective from the FA of 30689 which meant that the downside could be limited after which it made highs of 30365 in the IB but could not sustain above the PDL (Previous Day Low) indicating that the OAOR could lead to a balance being formed for the first part of the day. The auction then started to coil in a narrow range and similar to NF, it made a failed attempt to make a RE to the downside in the ‘D’ period which eventually led to a spike higher in the ‘I’ & ‘J’ period as BNF completed the 2 IB objective of 30498 but got stalled just below the POC of the 2 day balance which was at 30527. This rejection triggered a big probe lower as the auction not only made new lows for the day in the K period but also tagged the 1.5 IB target while making lows of 30125 but BNF faced swift rejection at these new lows to give back to back Neutral Day profiles.