NF opened in the lower most distribution of the previous Triple Distribution Trend Day’s profile and even tested the FA of 12846 it had left on 23rd Nov as it made lows of 12835 in the IB (Initial Balance) but could not extend further down as it began to balance forming a ‘b’ shape profile building volumes at 12890 till the ‘G’ period. The auction then got into the morning selling tail in the ‘H’ period after followed by a RE (Range Extension) higher in the ‘J’ period as NF spiked higher into the close and went on to tag the Trend Day POC of 13039 while making highs of 13052. Spike rules will be in play for the next open & the zone to watch would be 12994 to 13052. 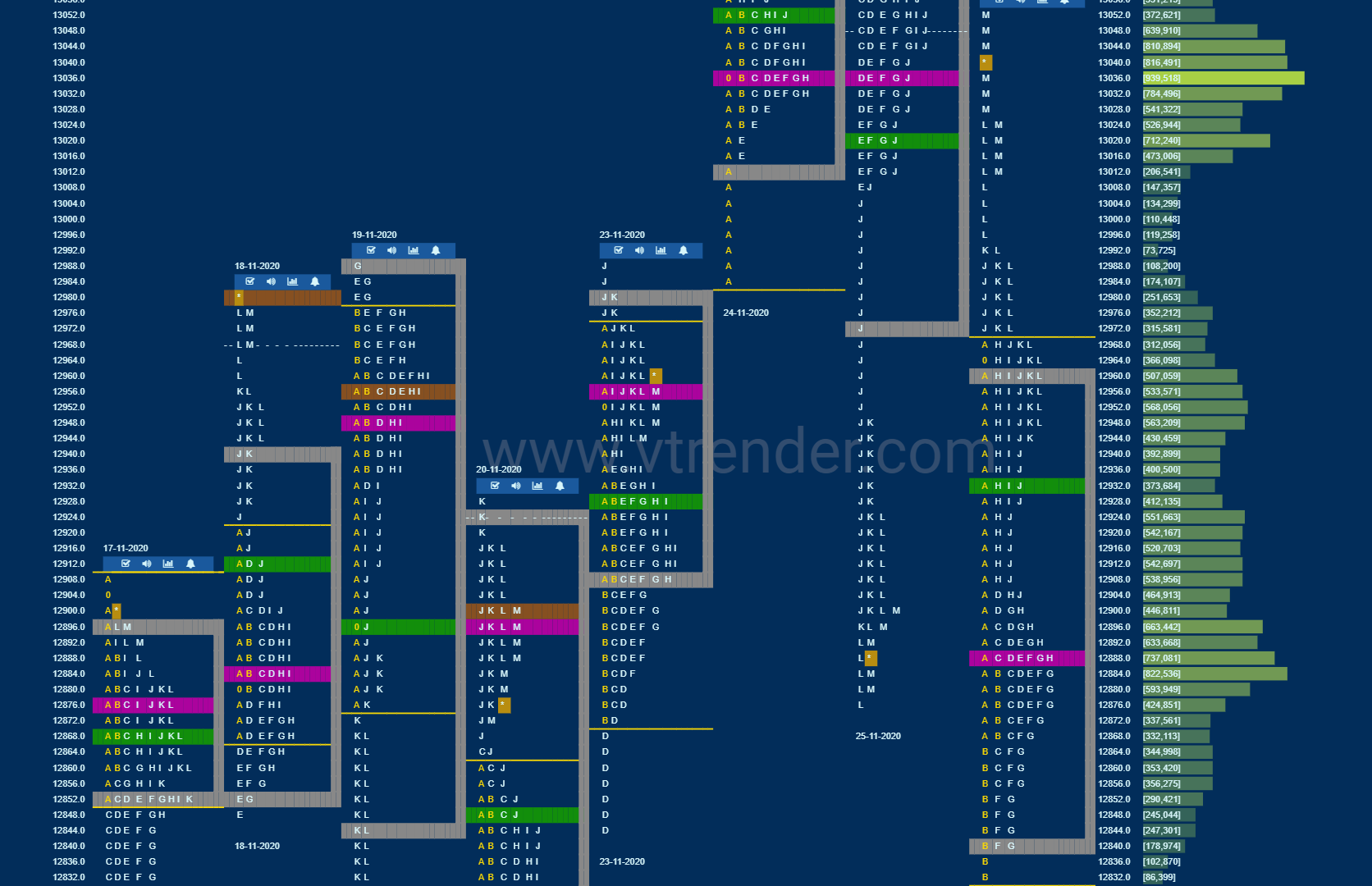 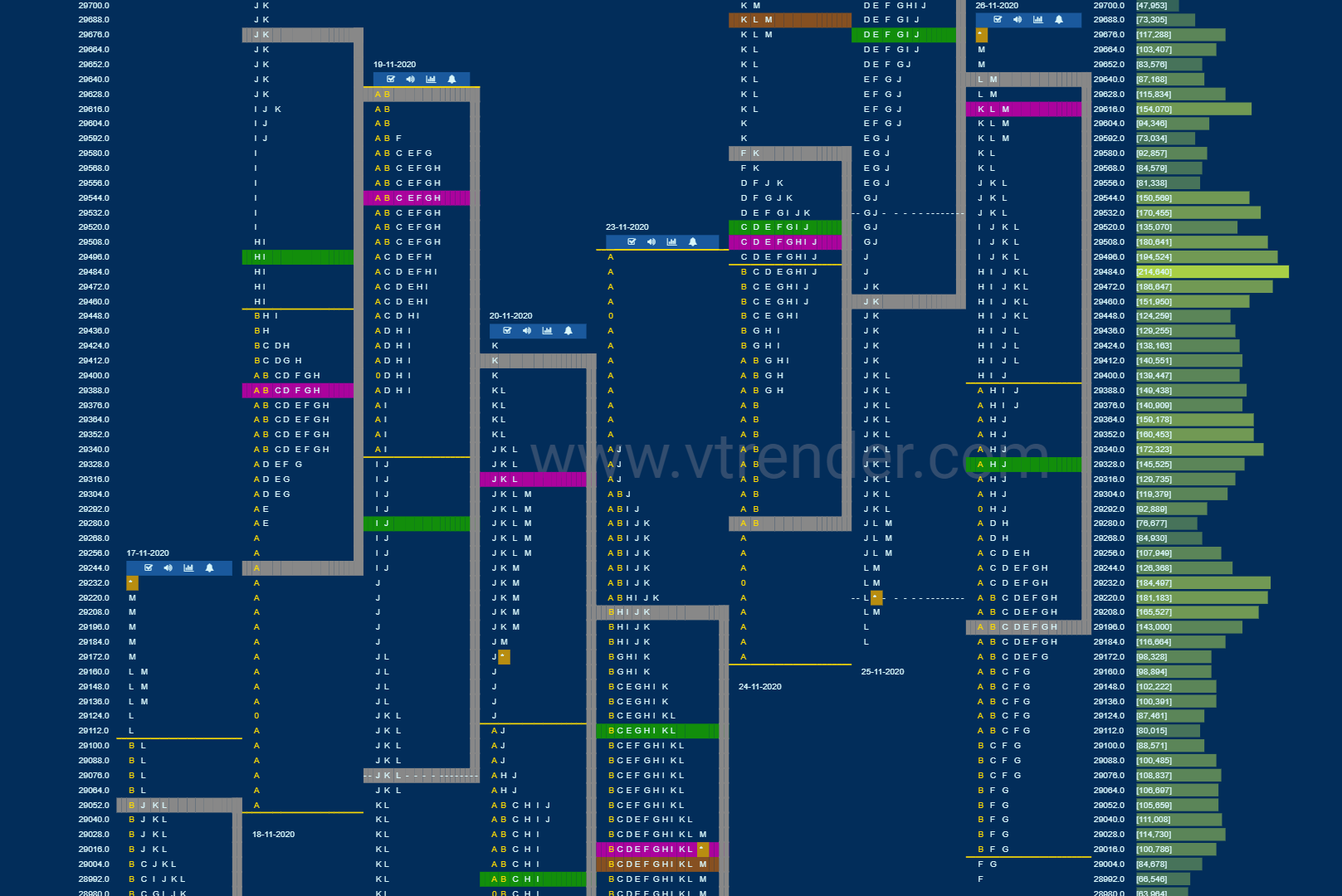 BNF continued the imbalance of previous day as it probed lower in the IB taking support just above the VPOC of 29022 and started to coil forming a ‘b’ shape profile and confirmed a FA at lows when it made an attempt to probe lower in the F period where it made new lows of 29000 but was swiftly rejected. The auction then probed higher in the second half of the day completing the 1 ATR objective of 29677 to the dot leaving a Neutral Extreme Profile with the reference for the next open at 29556 to 29678.