NF opened with a big gap up of more than 250 points and continued to probe higher as it made highs of 9038 in the ‘A’ period & followed it up with a marginal higher high of 9044 in the ‘B’ period indicating exhaustion at these new highs which led to a OTF move to the downside till the ‘E’ period as the auction not only closed the gap but went on to complete the 80% Rule in previous day’s Value as it made a low of 8563. Holding of the yVAL then led to a retracement to the VWAP in the ‘F’ period where NF left a PBH at 8775 getting rejected which meant that the sellers were in control of the day’s action. The auction then made a fresh leg to the downside as it made new lows of 8525 in the ‘I’ period but was swiftly rejected and left a small buying tail from 8563 to 8525 indicating that the downside for the day could be done. NF then probed higher and even scaled above the PBH of 8775 as it got above VWAP while making highs of 8799 where it left a new PBH before closing the day at 8651 leaving a ‘b’ shape profile for the day. NF has formed a nice 3-1-3 balanced profile on a 2-day composite with a prominent POC at 8670 (click here to view the chart) and could give a move away from this level in the session(s) to come. 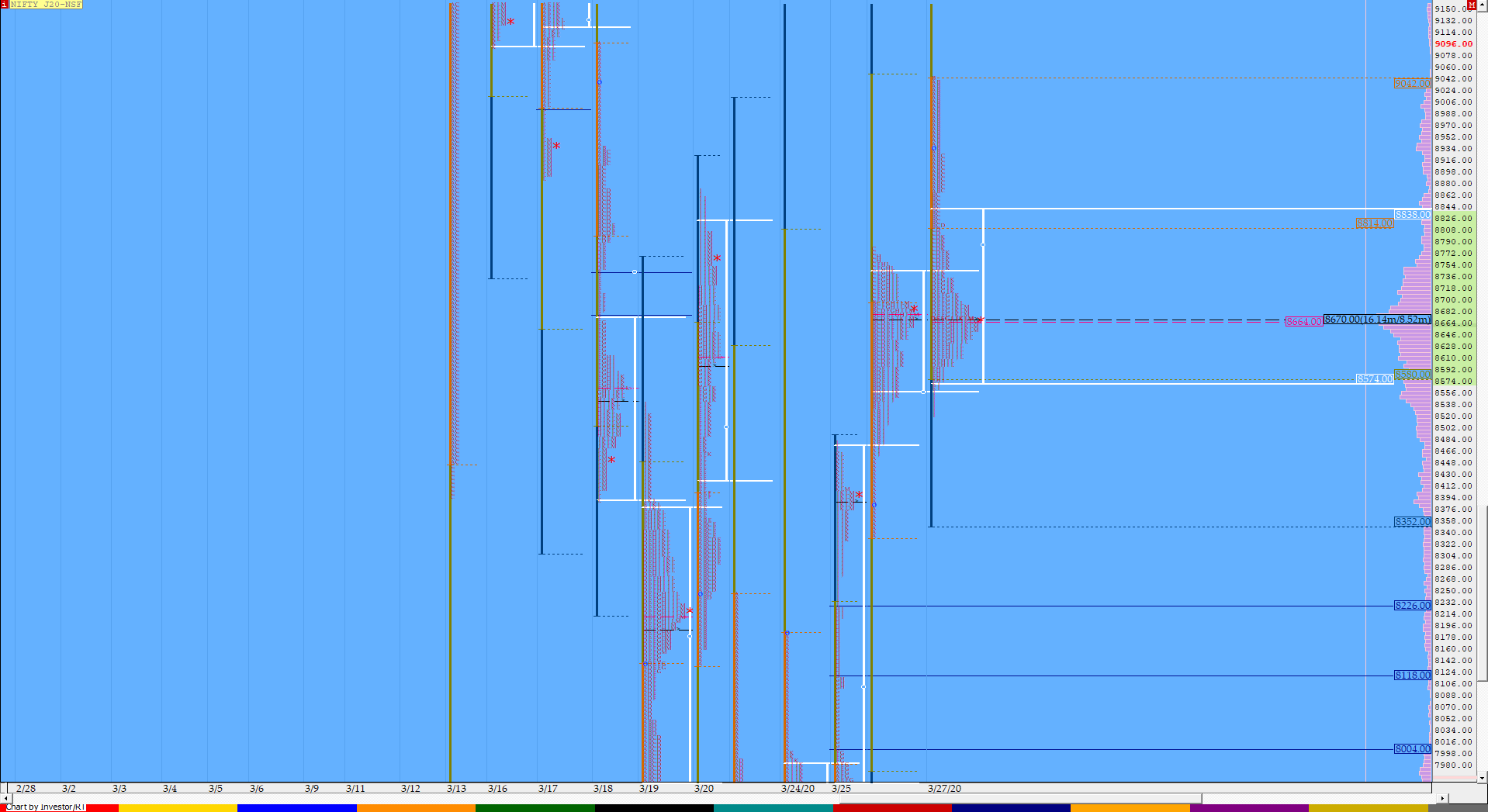 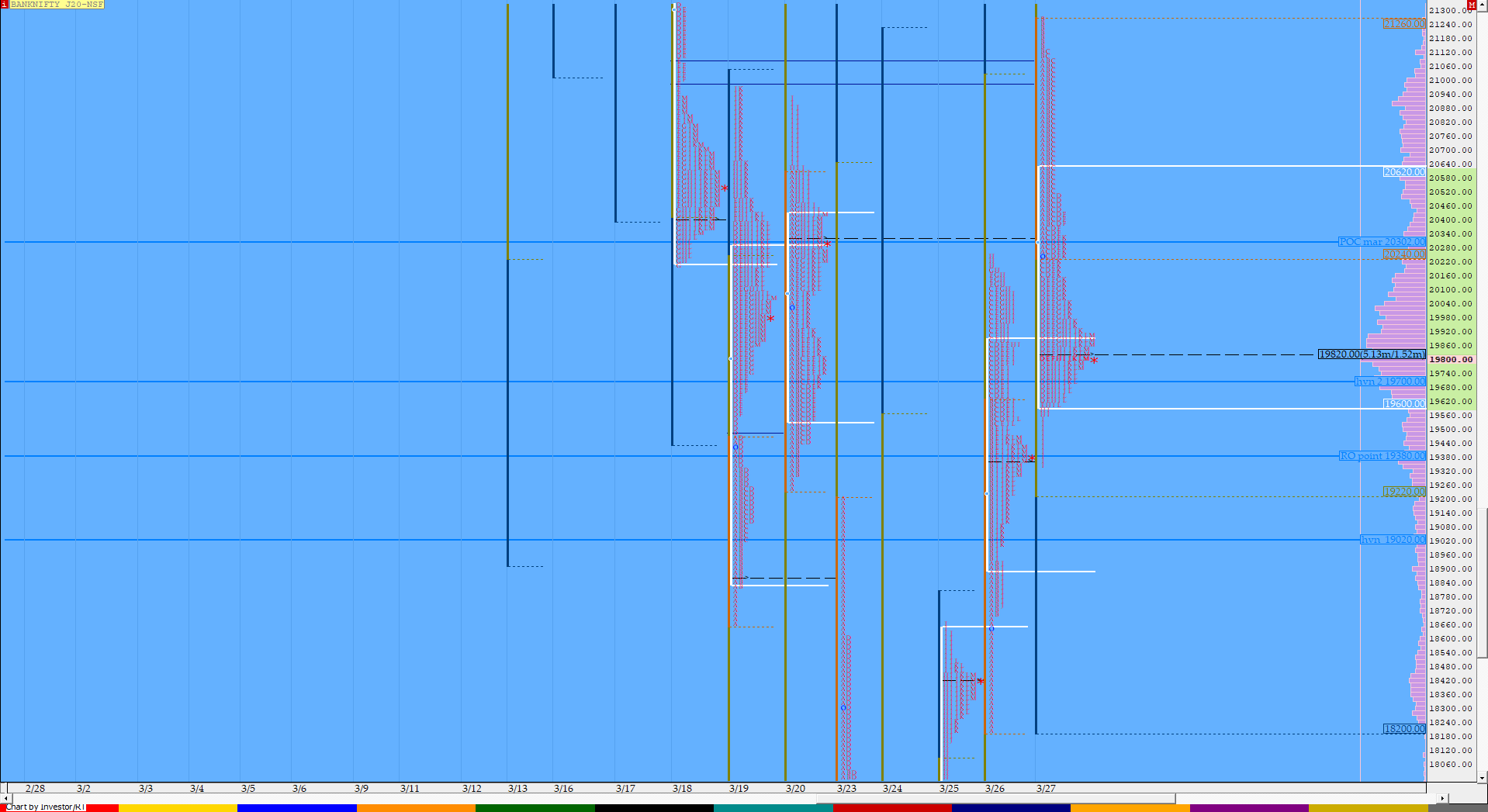