Previous day’s report ended with this ‘The auction then remained in this large IB range of 155 points all day forming a ‘b’ shape profile with a long selling tail from 11166 to 11225 which will be the reference now on the upside. We now have a 5-day composite with Value at 11090-11123-11169 and this balance could soon give way to an imbalance in the coming session(s).‘

NF made an OAIR (Open Auction In Range) start but stayed above the composite POC of 11123 which was an important sign as it probed higher in the ‘A’ period and started to get accepted in previous day’s selling tail while making a high of 11205. The auction then started to coil and the range kept getting narrower till the ‘E’ period but the small buying tail in the IB (Initial Balance) from 11152 to 11128 along with the volumes being built at the composite VAH of 11169 indicated that the PLR (Path of Least Resistance) was to the upside. NF then made a RE (Range Extension) higher in the ‘F’ period as it left an extension handle at 11205 and went on to make new highs for the series at 11260 which was followed by another mini consolidation over the next 3 periods as it formed a DD (Double Distribution) profile and the PBL (Pull Back Low) of 11227 in the ‘J’ period triggered a fresh move higher into the close of almost 100 points as it made a high of 11323 in the ‘L’ period to give a Trend Day Up along with a close in imbalance which could continue. 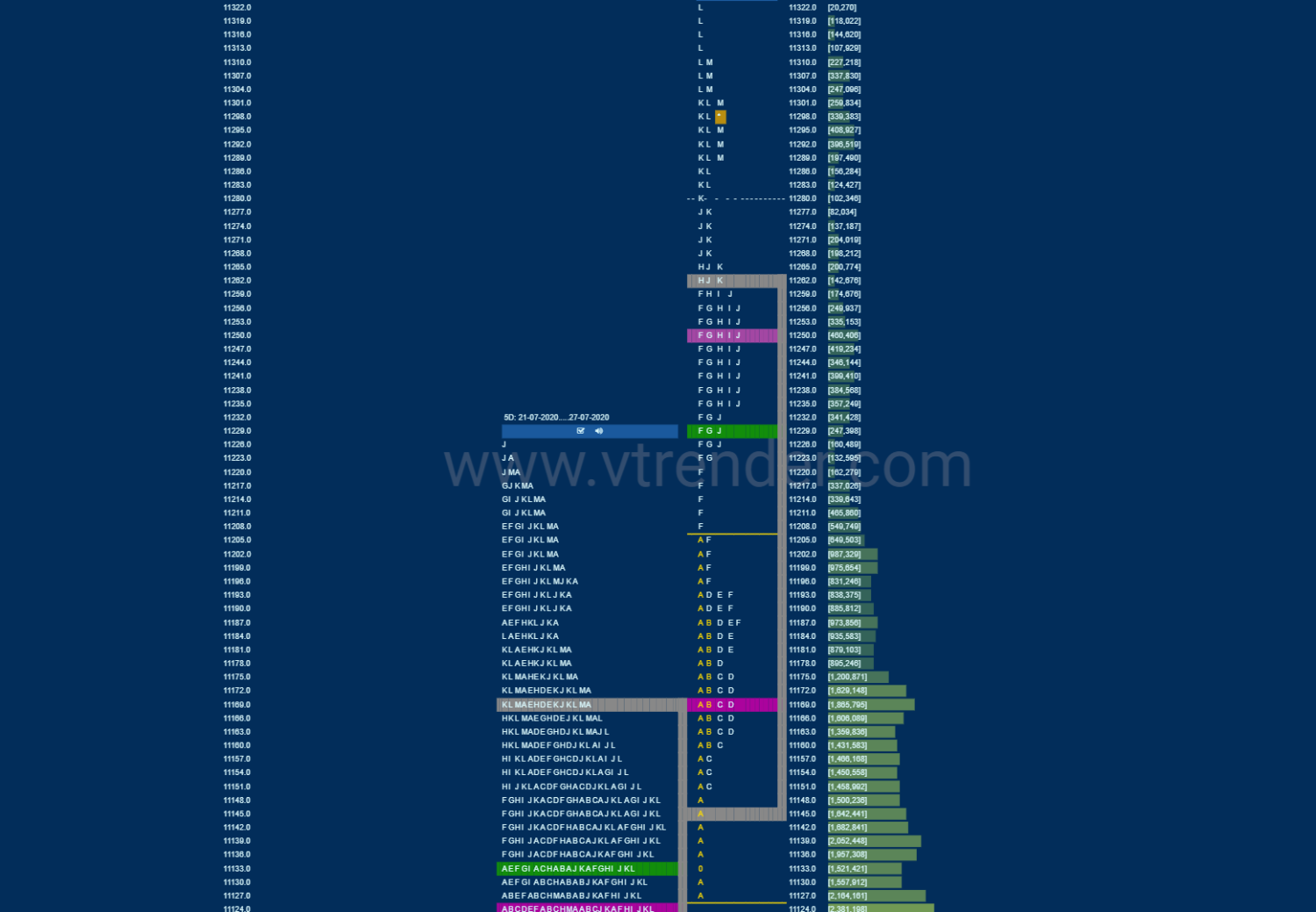 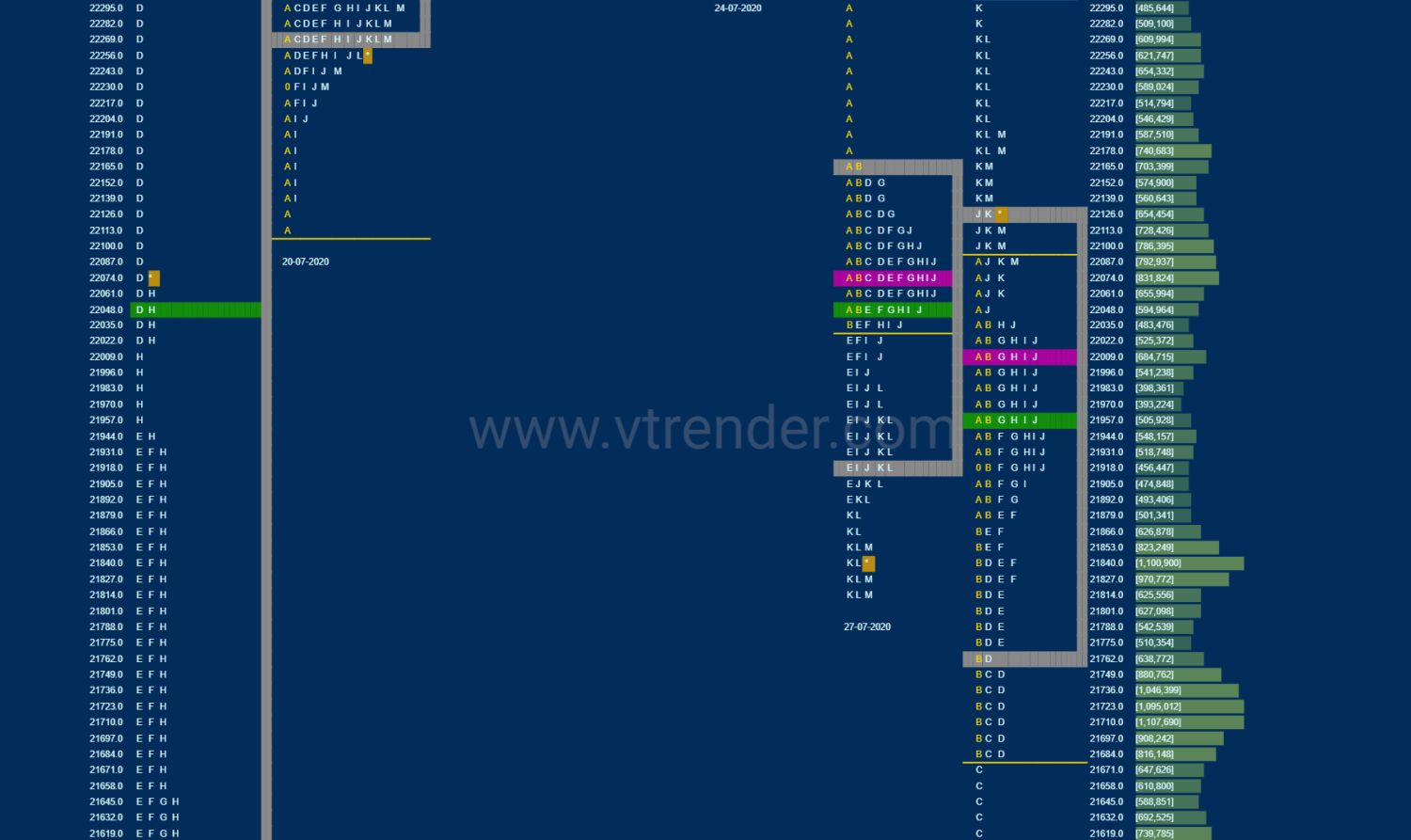 BNF opened with a small gap up rejecting the spike close of previous day and continued to probe higher as it went on to tag previous day’s prominent POC of 22080 in the ‘A’ period as it hit 22090 but was swiftly rejected resulting in a big move to the downside in the ‘B’ period as the auction not only closed the gap but went on tag the weekly VPOC of 21723 as it made new lows for the week at 21685. The close at lows in the ‘B’ period led to a C side extension as BNF made new lows of 21630 but was quickly sent back from just above the VPOC of 17th July which meant that demand was coming back in this zone. The auction remained in the IB while making a OTF (One Time Frame) move higher till the ‘I’ period as it stalled at yVWAP of 22045 which in turn led to a PBL in the ‘I’ period at 21911 and this triggered a RE to the upside in the ‘J’ period as BNF made new highs of 22127 and in the process confirmed a FA (Failed Auction) at lows. The 1 ATR objective of 22201 was hit in the ‘K’ period along with the 1.5 IB target of 22293 where the auction finally stalled before giving a retracement to the yPOC before closing the day at 22176 leaving a Neutral Day.