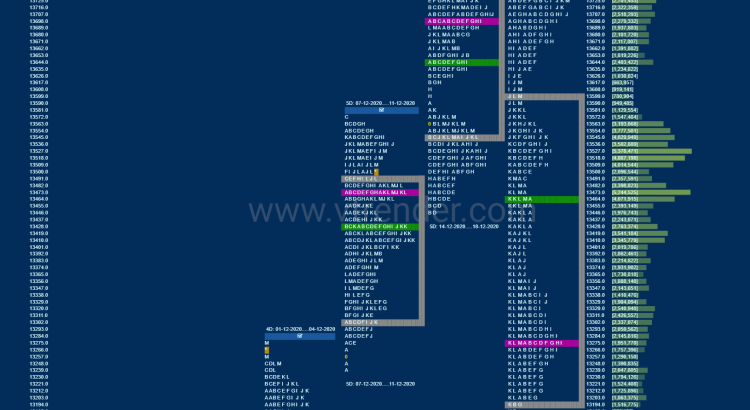 NF made a hat-trick of gap up opens and stayed well above PDH (Previous Day High) while making a low of 13926 in the opening minutes but could not tag the 2 ATR target of 13983 from the FA of 13641 & formed a very narrow of just 39 points in the IB (Initial Balance) which indicated poor trade facilitation and the reason for this could have been that most of the local inventory was long. The auction then made a very late C side extension lower which was followed by a big liquidation move in the ‘D’ period as NF got back into previous day’s range & completed the 2 IB objective of 13887 in a flash as it made a low of 13868 taking support right at yVWAP which meant demand was coming back in this zone which got more confirmation in the form of a small tail at lows. The rest of the day saw a balance being formed around the day’s VWAP as the day ended as a nice Gaussian profile along with a prominent POC at 13930 and as Value was once again completely higher, the PLR remains to be on the upside for the coming session. 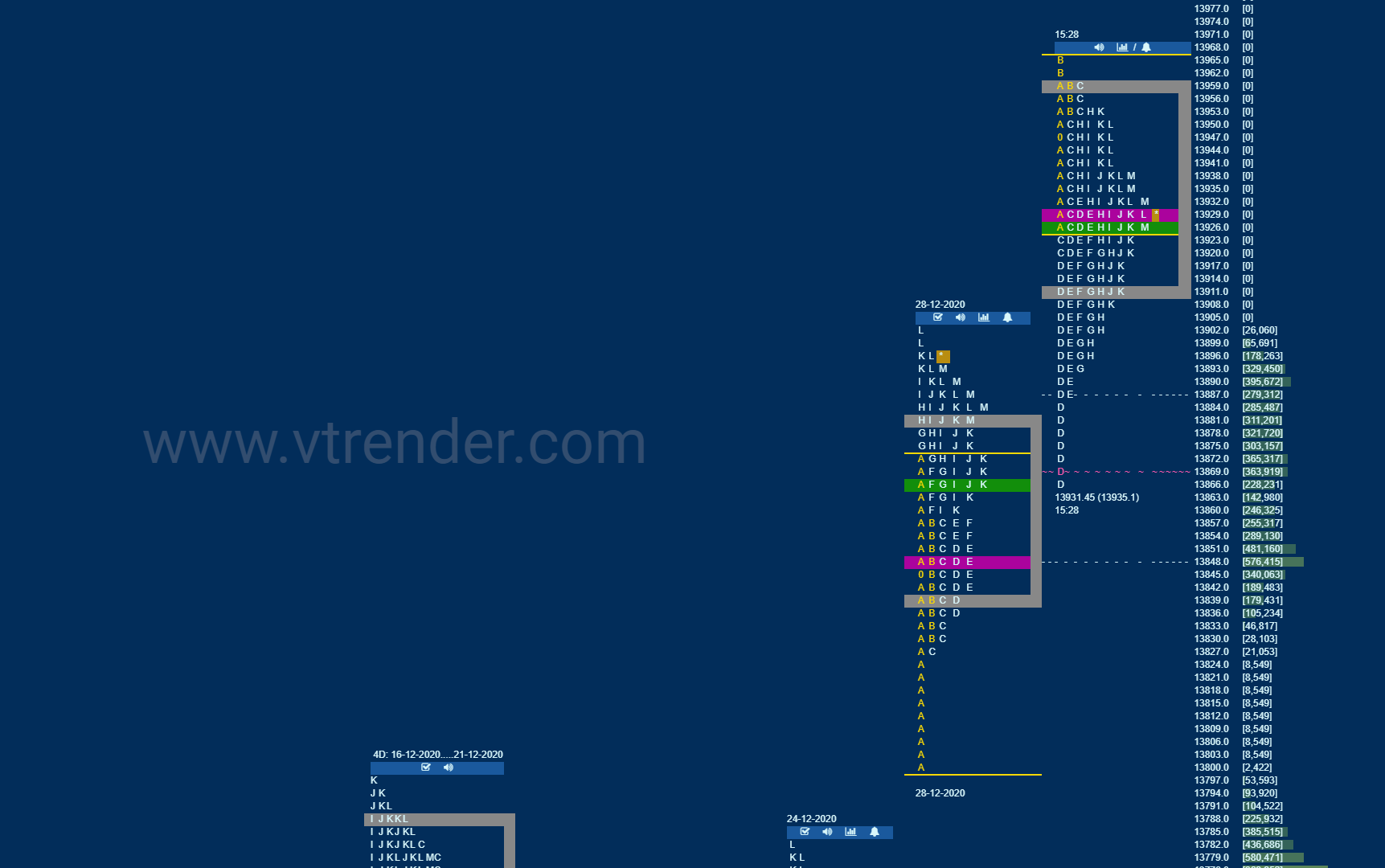 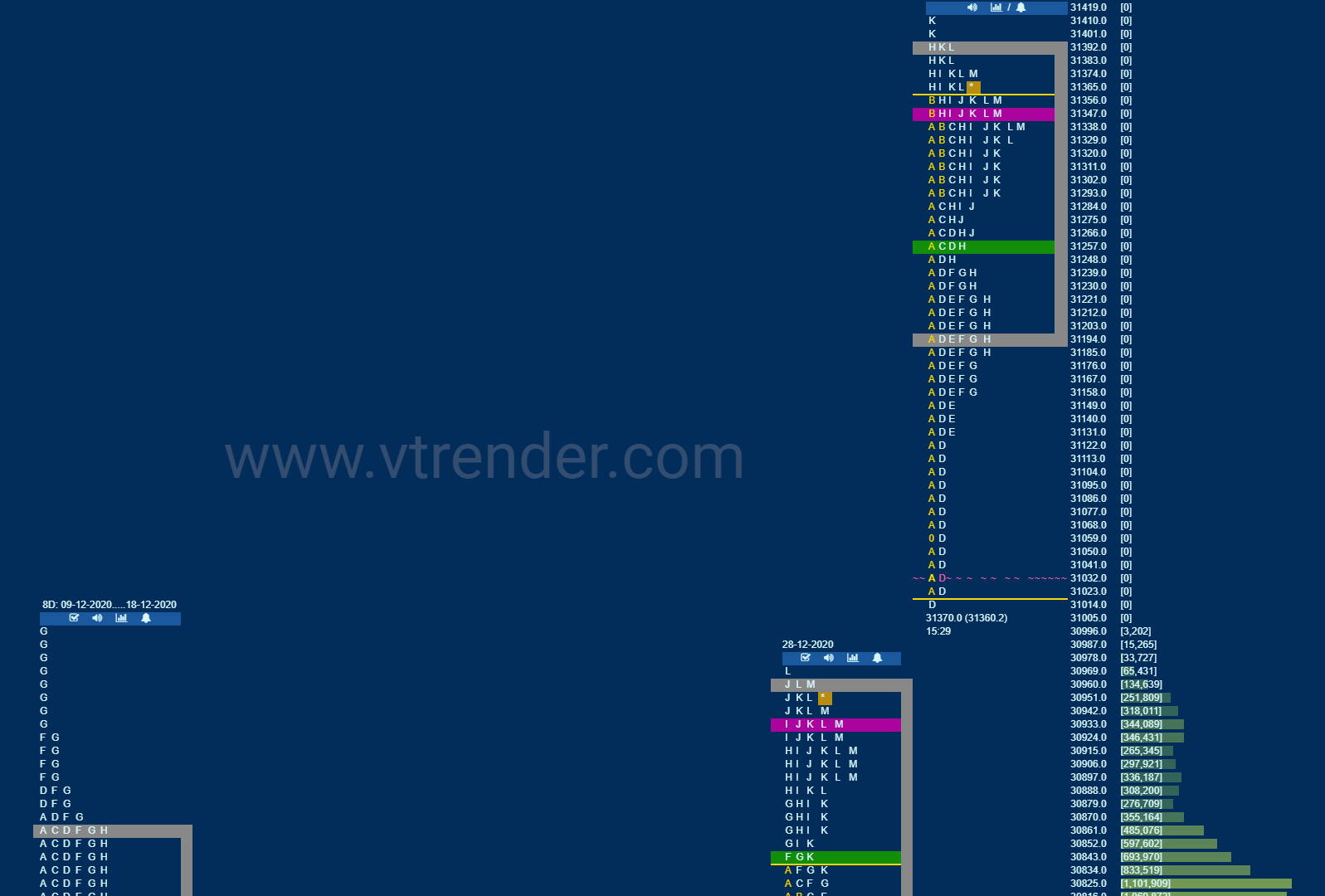 BNF also made a hat-trick of gap up open along with a Drive as it finally recorded new highs for the series giving a 332 point range in the IB where it tagged 31362 and left a long buying tail from 31296 to 31030 but the break of VWAP in the ‘C’ period led to a big liquidation break as the late longs were forced to exit resulting in the morning low being tested as marginal new lows of 31022 was hit in the ‘D’ period. The auction however rejected these new lows as it got back to VWAP building volumes around 31175 after which it made a big move in the ‘H’ period as it not only scaled above VWAP but went on to make a RE on the upside which confirmed a FA (Failed Auction) at lows. BNF remained above VWAP for the rest of the day with the dPOC shifting higher to 31350 into the close as it formed another day with higher Value and looks set to complete the 1 ATR objective of 31536 from today’s FA in the coming session as long as it stays above today’s POC.