NF made an OH (Open=High) start at 12175 making a slow drive down on low volumes as it moved away from the POC of the 4-day composite ‘p’ profile leaving a selling tail from 12142 to 12186 in the IB and after which it made multiple REs (Range Extension) lower and went on to break below the high volume zone of 12128-12143 and continued the OTF (One Time Frame) move lower till the ‘F’ period where it even broke below the Trend Day VWAP of 12088 and completed the 2 IB move down of 12068 while making lows of 12051 where it was met with rejection leaving a small buying tail from 12051 to 12076. The auction then probed higher over the next 2 periods but could not tag the VWAP which meant that the sellers were still in control as NF left an early PBH (Pull Back High) at 12104 and resumed the morning OTF down making lower lows till the ‘K’ period and it seemed there could be a fresh RE lower but NF ended up leaving poor lows indicating that the move down is exhausted. The auction then gave another retracement to VWAP and this time scaled above it trapping some late sellers as it left a new PBH at 12117 before settling down to close at the dPOC of 12100 leaving a ‘b’ shape profile with Value for the day being completely lower. 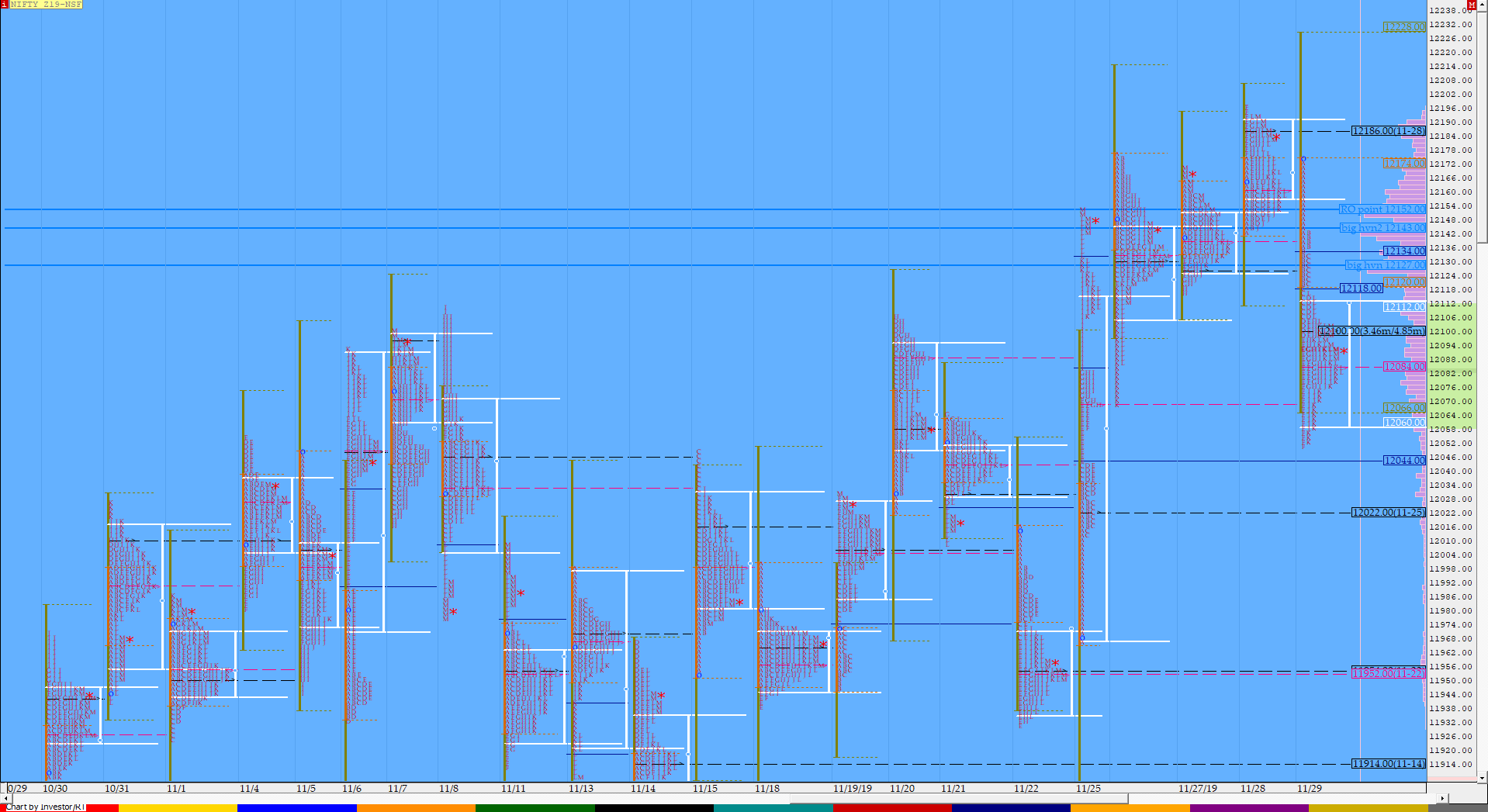 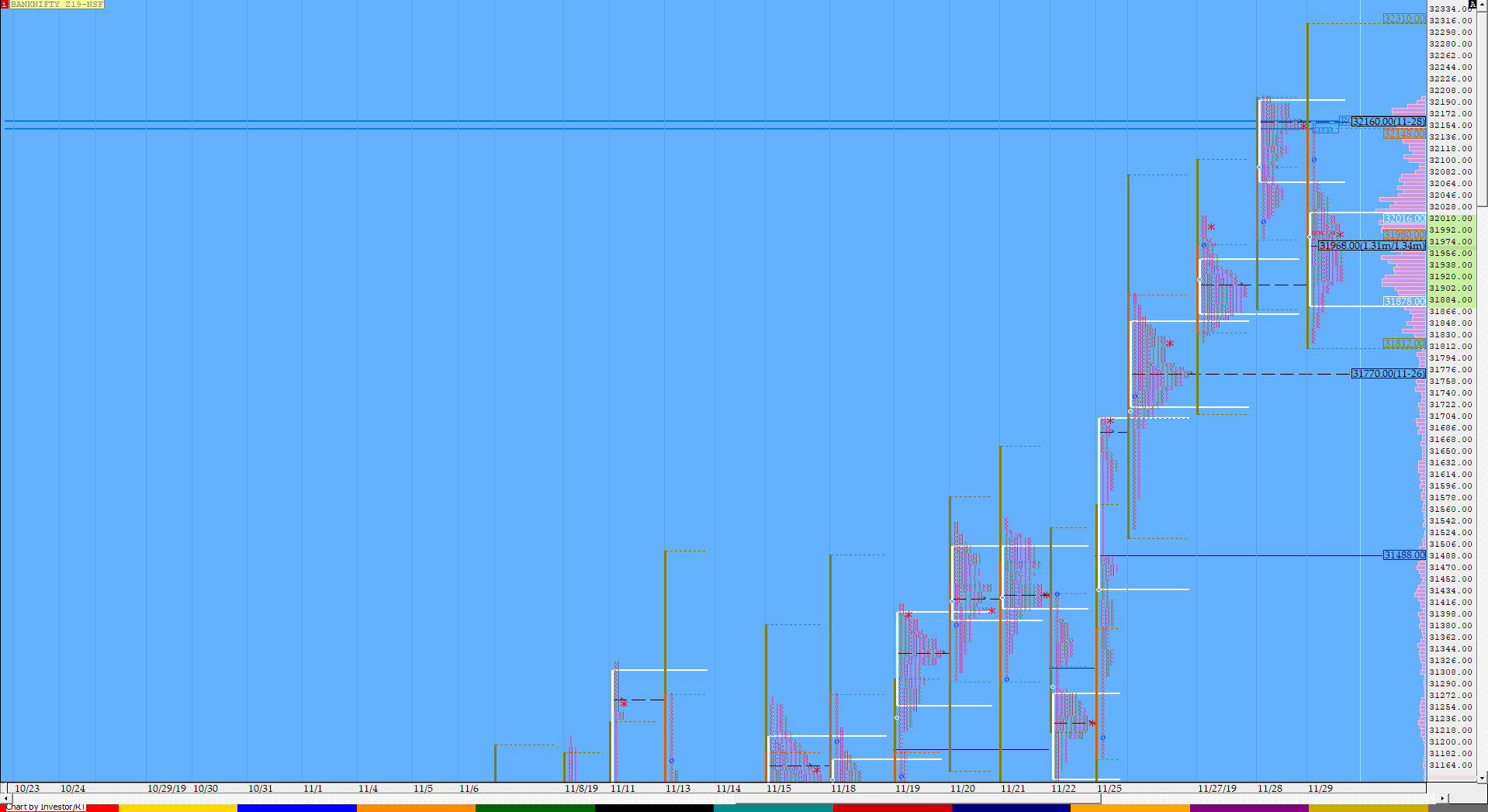