NF opened in the spike of 12310 to 12330 & probed higher in the ‘A’ period as it made an attempt to scale above the FA & previous week’s high of 12346 but could only tag 12348 where it failed to get fresh demand after which it remained in a very narrow range of just 28 points in the IB (Initial Balance). The next 2 periods made inside bars with the volumes also drying up indicating poor trade facilitation above PDH (Previous Day High) and this led to a big RE (Range Extension) to the downside in the ‘E’ period which is the DD time (Double Distribution) as the auction probed lower to meet buyers and completed the 2 IB move of 12292 while making lows of 12285 and began to form a balance in the lower part of the day’s profile till the ‘J’ period shaping up a nice DD profile for the day with poor lows in the ‘G’ & ‘H’ periods and the DD singles from 12309 to 12320 separating the 2 distributions. However, the ‘K’ period made an entry into the DD singles and went on to traverse the entire zone as it continued higher in the ‘L’ period also where it left a PBH (Pull Back High) at 12339 before closing the day at the dPOC of 12332. Value for the day was overlapping to higher but NF would need to sustain above 12333 in the next session for more upside failing which it could test the HVN of the lower distribution at 12294. 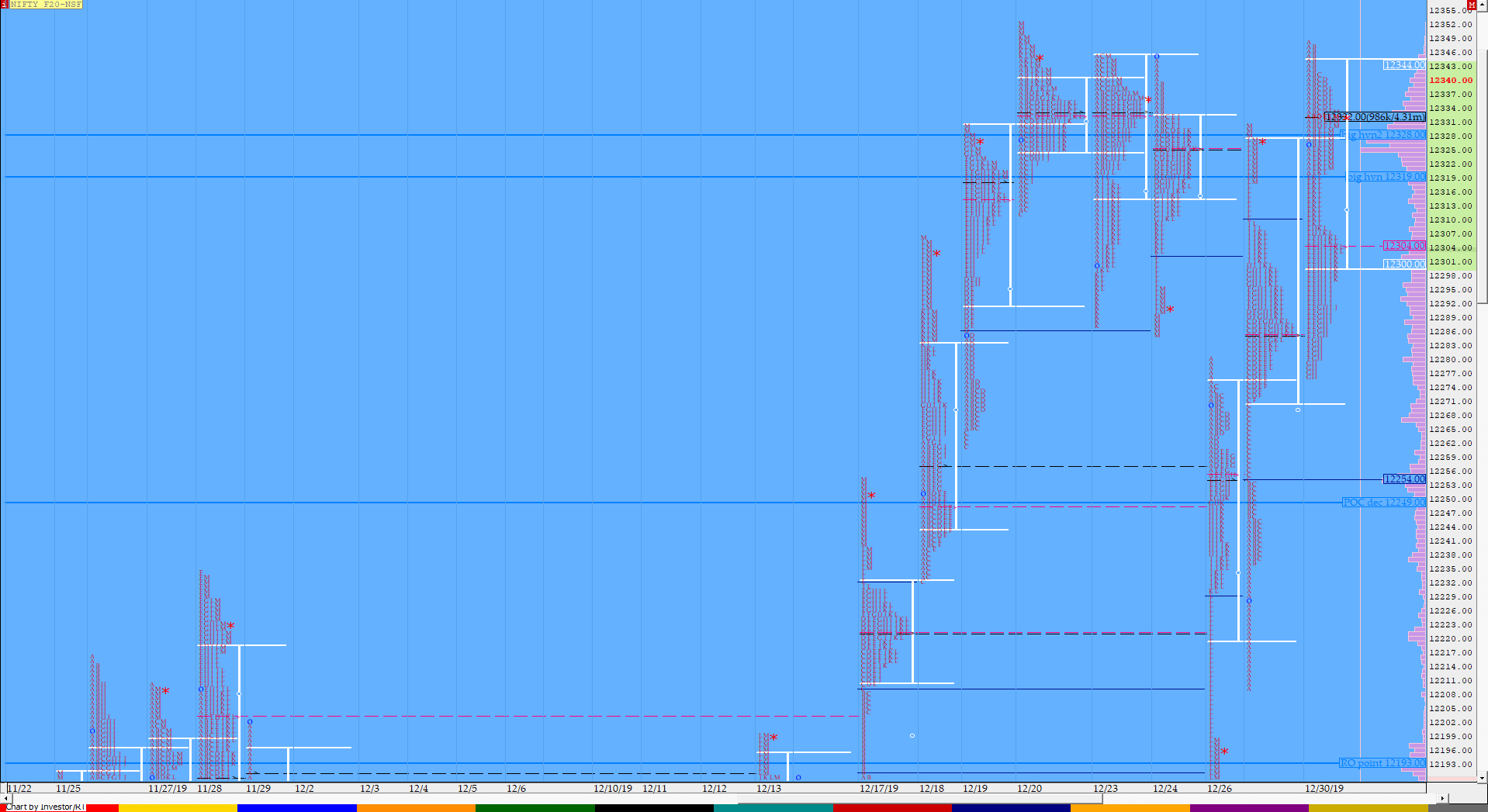 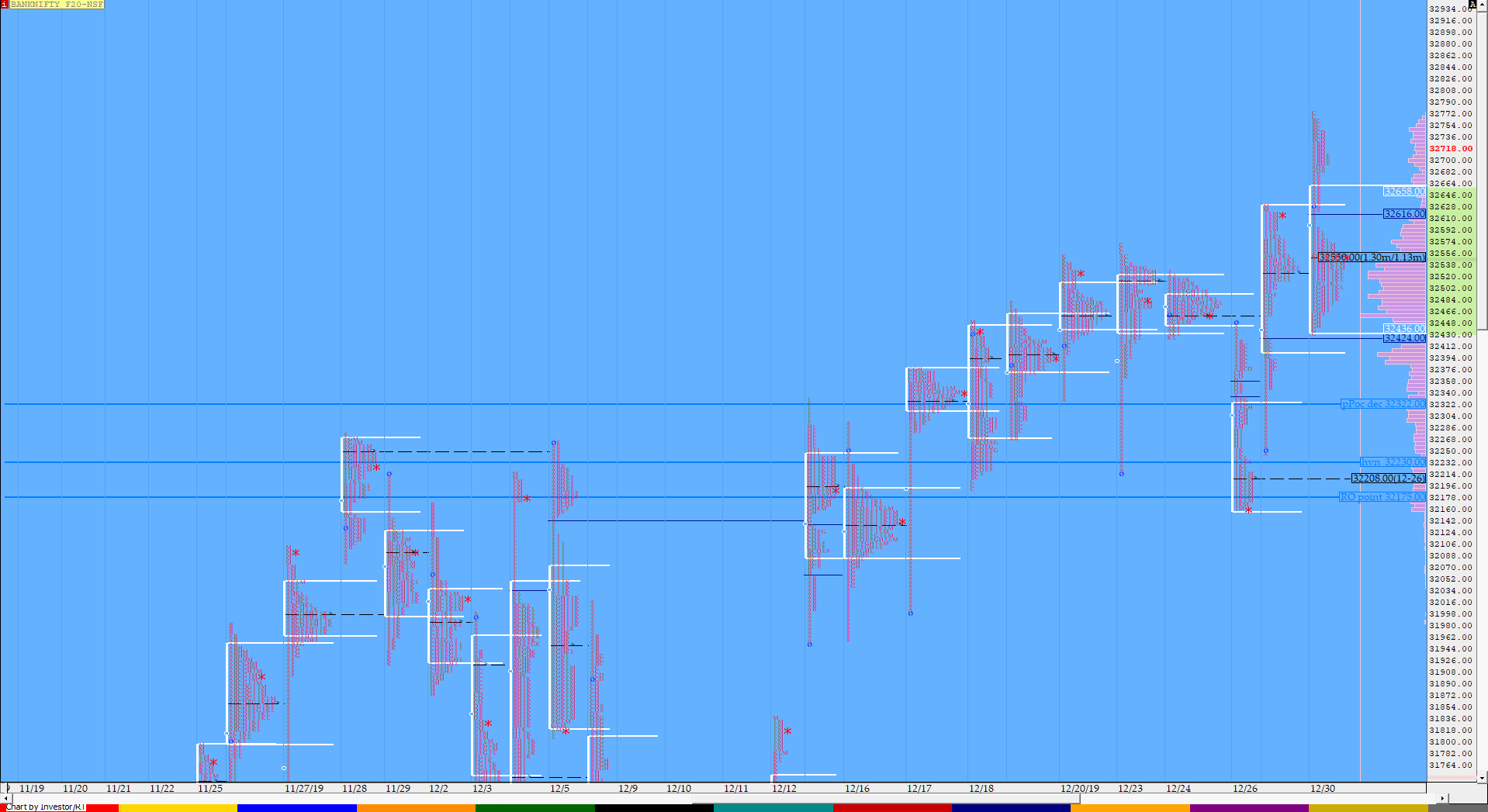 BNF opened much stronger than the NF with some intent been seen by buyers as it took support at the HVN of 32616 and made an ORR (Open Rejection Reverse) start and went on to make new all time highs of 32765 in the IB. The auction then made the dreaded ‘C’ period extension as it made new highs of 32774 but was immediately rejected which was the first sign of caution that the probe to the upside could be over and soon enough more confirmation came in the ‘D’ period as BNF broke below VWAP & this was a clear signal that the morning buyers have all booked out which meant that the auction could be headed to test the lows of the day which happened in the ‘E’ period where BNF made a big RE to the downside leaving an extension handle at 32622 and in the process confirmed a FA at day highs which gave extra ammunition to the downside probe. The auction continued to make lower lows in the next 2 periods as it completed the 1 ATR objective of 32458 while making lows of 32431 in the ‘G’ period holding right above the Friday’s extension handle of 32421. BNF then formed a balance over a narrow range below VWAP for the rest of the day as it build volumes at 32550 and where it eventually closed forming a ‘b’ shape profile for the day.