Tuesday’s Double Distribution (DD) profile was not an ideal one in the sense that though NF had made a nice upper distribution after which it left an extension handle at 11472 and went on to make a low of 11310 the lower part of the profile seemed like an incomplete one and as it often happens in Market Profile, a particular zone needs to be fully auctioned before a move away and this is what happened today as NF made an inside bar in the lower part of the DD making a nice Gaussian profile for the day and on a 2 day composite, the profile now seems to be a more well defined DD with 2 balanced distributions and from where we could get a good move in the next session.

NF opened with a gap down and probed lower in the opening minutes to make a low of 11312 stopping just short of the PDL (Previous Day Low) which was the first indication that there was no initiative force in spite of the lower opening to push the auction lower after which it reversed to the upside making new highs for the day and went on to tag 11403 in the ‘B’ period to leave a relatively large IB range. The auction then made a nice balance in this range till the ‘F’ period before it made an attempt to extend higher in the ‘G’ period as it tagged 11418 but faced swift rejection indicating that it is not ready to probe higher too. This led to a rotation to the downside as NF broke below VWAP to made a quick probe to IBL over the next 2 periods making a low of 11313 in the ‘I’ period once again stalling at the day’s extreme to get back to VWAP and the dPOC of 11360 and eventually closed there leaving a nice Bell Curve for the day along with an inside bar.

(Click here to view the 2-day composite DD of NF) 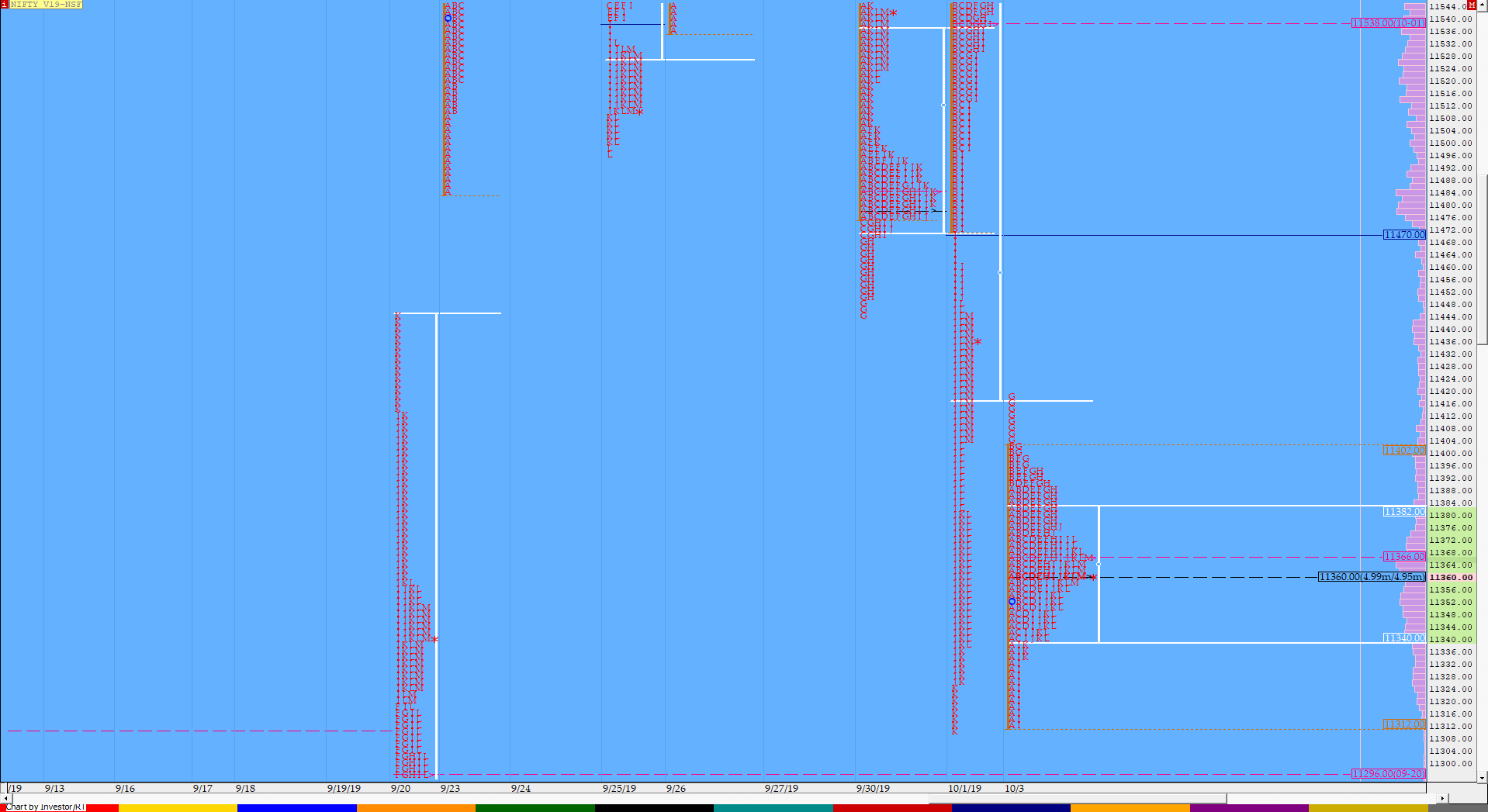 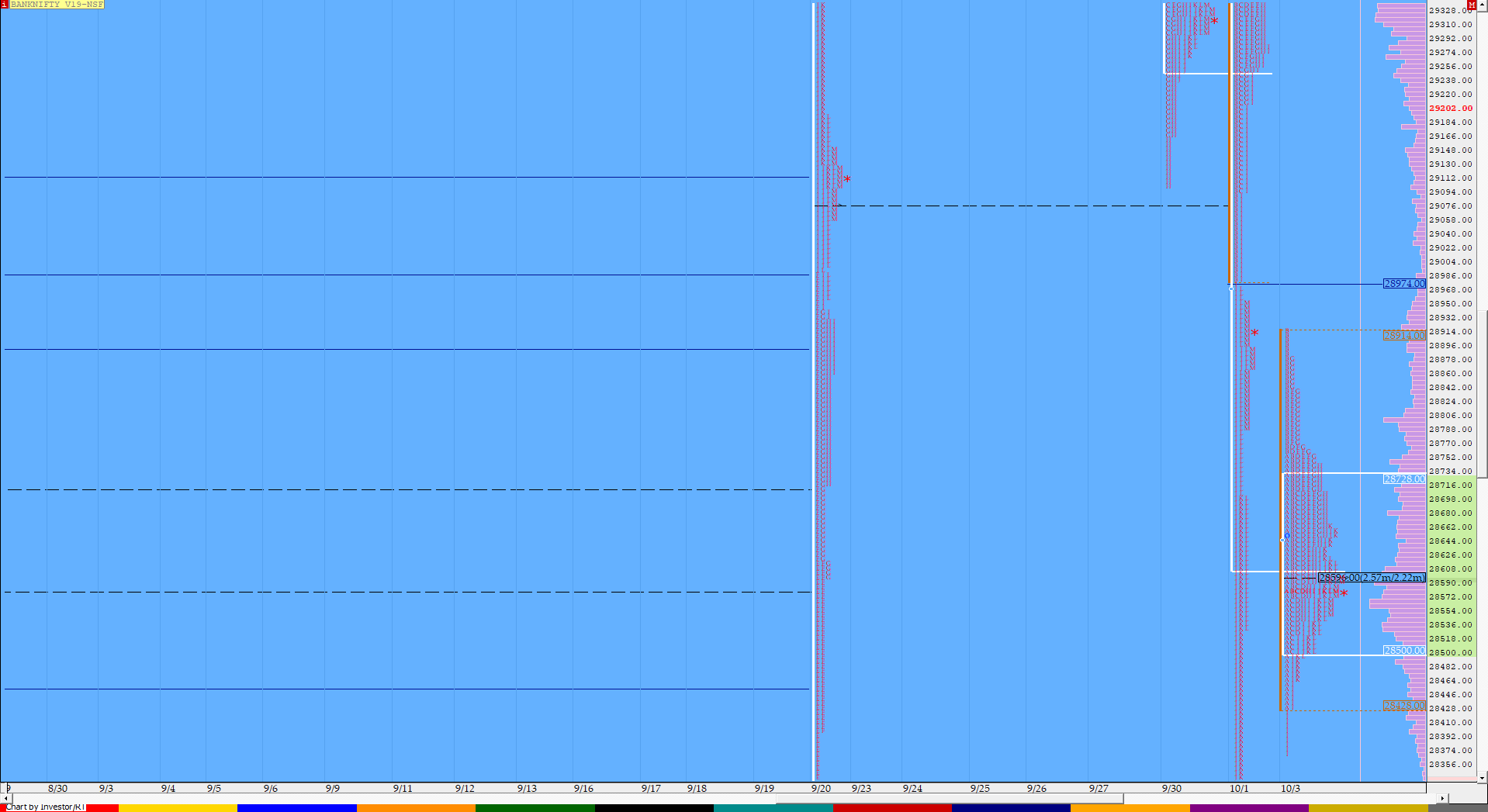 BNF made similar auction like NF filling up the lower distribution of Tuesday’s profile as it opened with a gap down of more than 200 points and probed lower making a low of 28433 in the opening minutes but unlike NF, it was able to close the gap as it made a high of 28920 in the ‘B’ period leaving a big IB range of 487 points. The auction stayed in this range for most part of the day making a nice balance but for an attempt to probe lower in the ‘I’ period as it made a new low of 28368 but was rejected back into the IB as it closed around the HVN of 28570 leaving a nice DD profile not just on the 2-day but also the 3-day composite which can be seen at the link given below.

(Click here to view this week’s DD profile in BNF)