NF opened with a gap up confirming the multi-day FA at 11895 and drove higher though on lower volumes as it scaled above PDH and went on to take out the previous week’s high also in the IB (Initial Balance) itself making a high of 11996. The auction then made a RE (Range Extension) to the upside in the ‘D’ period after making a very narrow range inside bar in ‘C’ as it made new day highs of 12010 and made a marginally new high at 12013 as the ‘E’ period began but could not sustain above the IBH falling short of the 1.5 IB extension of 12020 and the 1 ATR objective from 11895 which was at 12023. This failure lead to a big liquidation move as NF not only broke below VWAP decisively but also went on to make a RE to the downside in the ‘F’ period thus confirming a fresh FA at 12013 as it made lows of 11936 but even this range extension did not sustain as the auction got rejected from the important level of 11940 to make a slow probe back to VWAP and closed at the HVN & dPOC of 11980 completing a hat-trick of Neutral Days. The day’s range and volumes were once again on the lower side though the Value formed was completely higher and looks like the IPM (Initial Price Movement) from 29th Oct could be coming to a close and the auction could either balance or give a good retracement in the coming sessions though more confirmation in the form of lower Value on daily is needed for this. 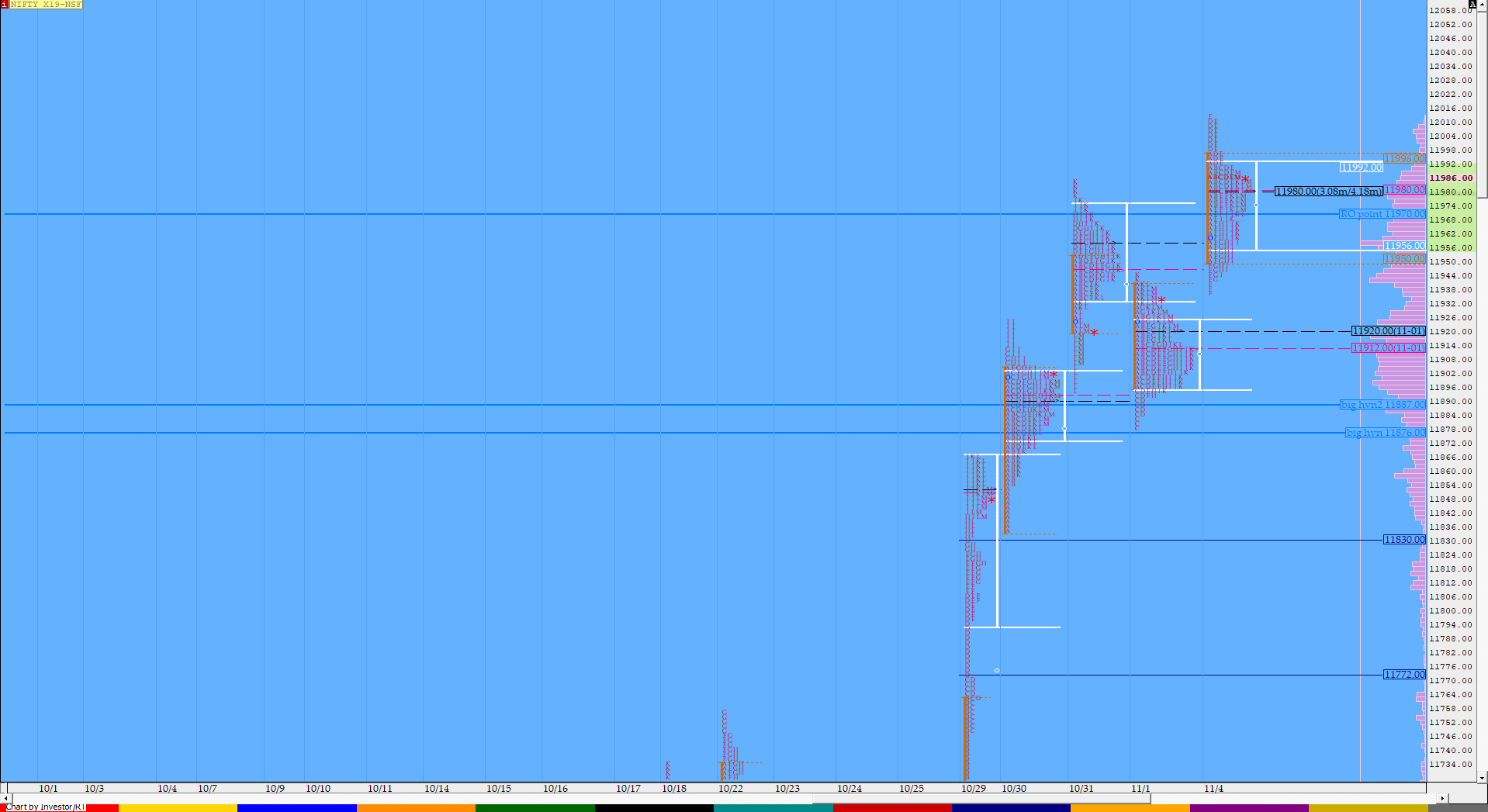 (Click here to view this week’s action in BNF ) 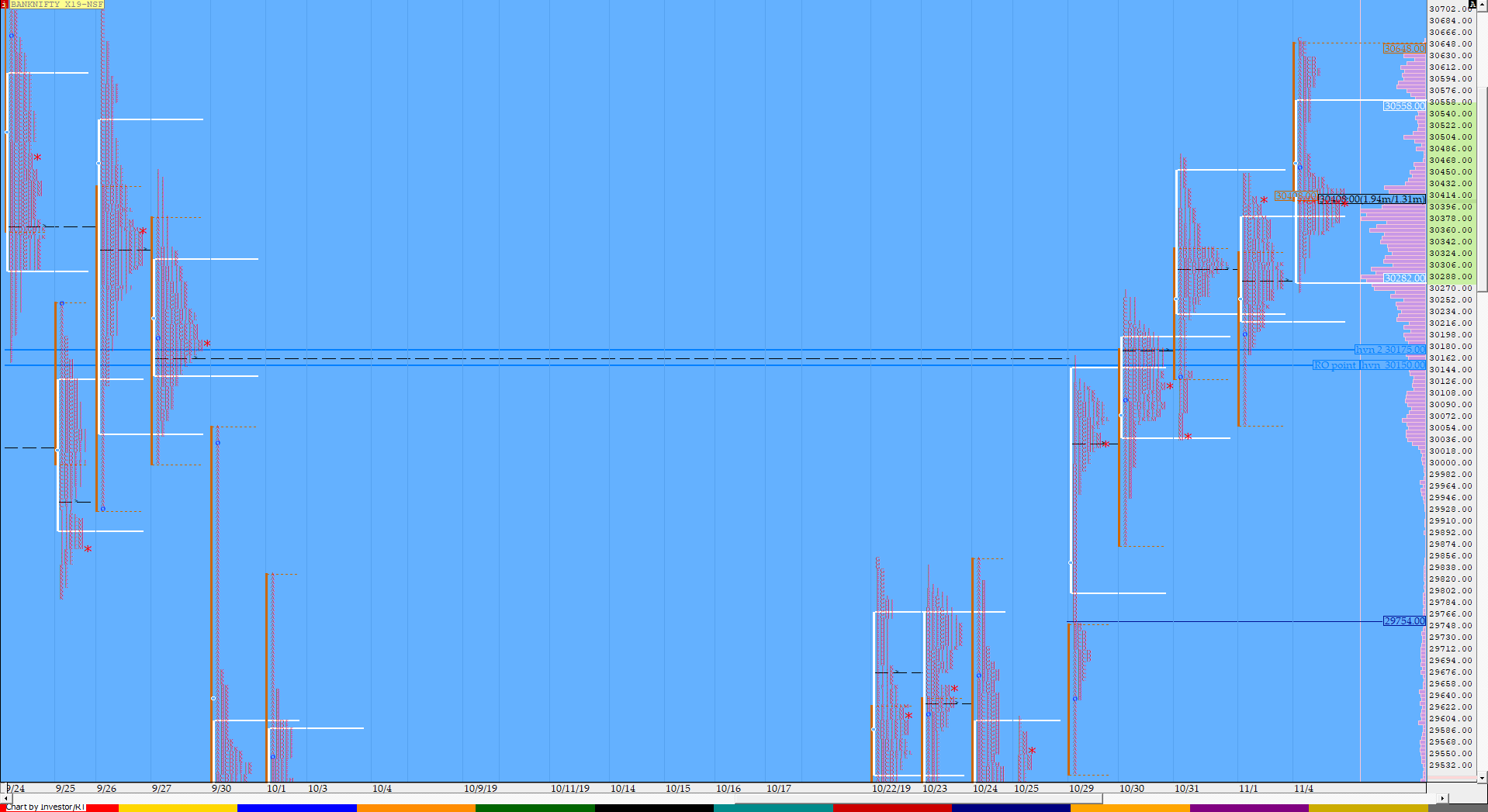 BNF also made a gap up start along with a drive higher again on lower volumes as it got above previous week’s high of 30475 in the opening 5 minutes itself and went on to make highs of 30628 in the ‘A’ period after which it broke below VWAP briefly which was a signal that this move is not managed by OTF players. The auction got back above VWAP to make new highs of 30658 as it made the dreaded ‘C’ period extension but was immediately rejected which gave more confirmation of weak hands driving this move. BNF then made a narrow range bar in the ‘D’ period but stayed below the IBH & once it broke below VWAP at the start of the ‘E’ period there was a quick fall as it made a RE to the downside and thereby confirming a FA at 30658 as it made lows of 30363. The auction continued to probe lower in the ‘F’ period where it made lows of 30267 completing the 1.5 IB objective and also testing the important HVN reference of 30288 where it seemed to find demand as BNF stayed above 30290 to make a slow probe to VWAP but could not get above it leaving a PBH (Pull Back High) of 30478 in the ‘K’ period and closed around the HVN & dPOC of 30410 leaving a Neutral Day profile which has a low volume zone between 30475 to 30575 which could get filled before the auction moves away from here.