Friday’s report ended with this ‘The auction has closed in an imbalance so can expect the same to continue at open in the next session before balance returns’ and though NF opened slightly higher, it got immediately sold into as it made a quick fall breaking below previous week lows and went on to tag 11157 in the opening 10 minutes tagging the important level of 11178 which was the Trend Day VWAP of that big day of 20th September and the probable objective of this imbalance down. The auction then made a swift reversal in the ‘A’ period itself as it got back into Friday’s range to give a late ORR (Open Rejection Reverse) and went on to scale above morning highs and continued to probe higher in the ‘B’ period as it hit 11260 falling just short of the yPOC of 11270 which was again an important reference on the upside. NF then made an attempt to make an RE (Range Extension) to the upside in the most dreaded ‘C’ period but got rejected at 11262 and made a probe lower over the next 2 periods as it broke below PDL (Previous Day Low) in the ‘D’ period and this time it got rejected after making a low of 11193 after which the auction stayed between these 2 rejections making a balance & forming a ‘p’ shape profile till the ‘K’ period but saw some liquidation happening in the last 45 minutes it spiked lower into the close breaking into the morning tail of 11193 to 11157 and went on to make new lows of 11148 once again closing in an imbalance more while confirming a FA (Failed Auction) at 11262 so there is good chance of this imbalance to continue in the open of next session.

(Click here to view this week’s action in NF) 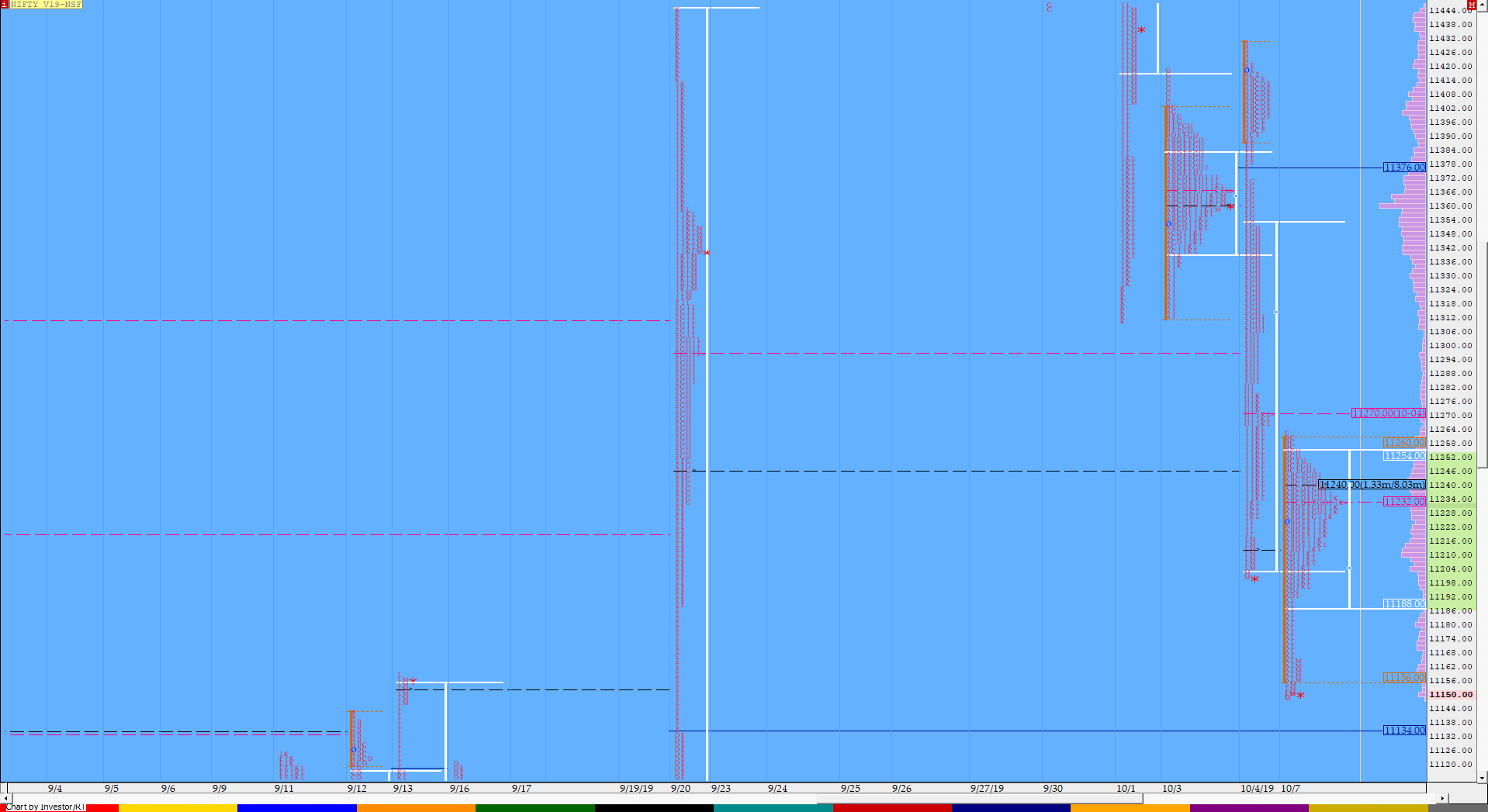 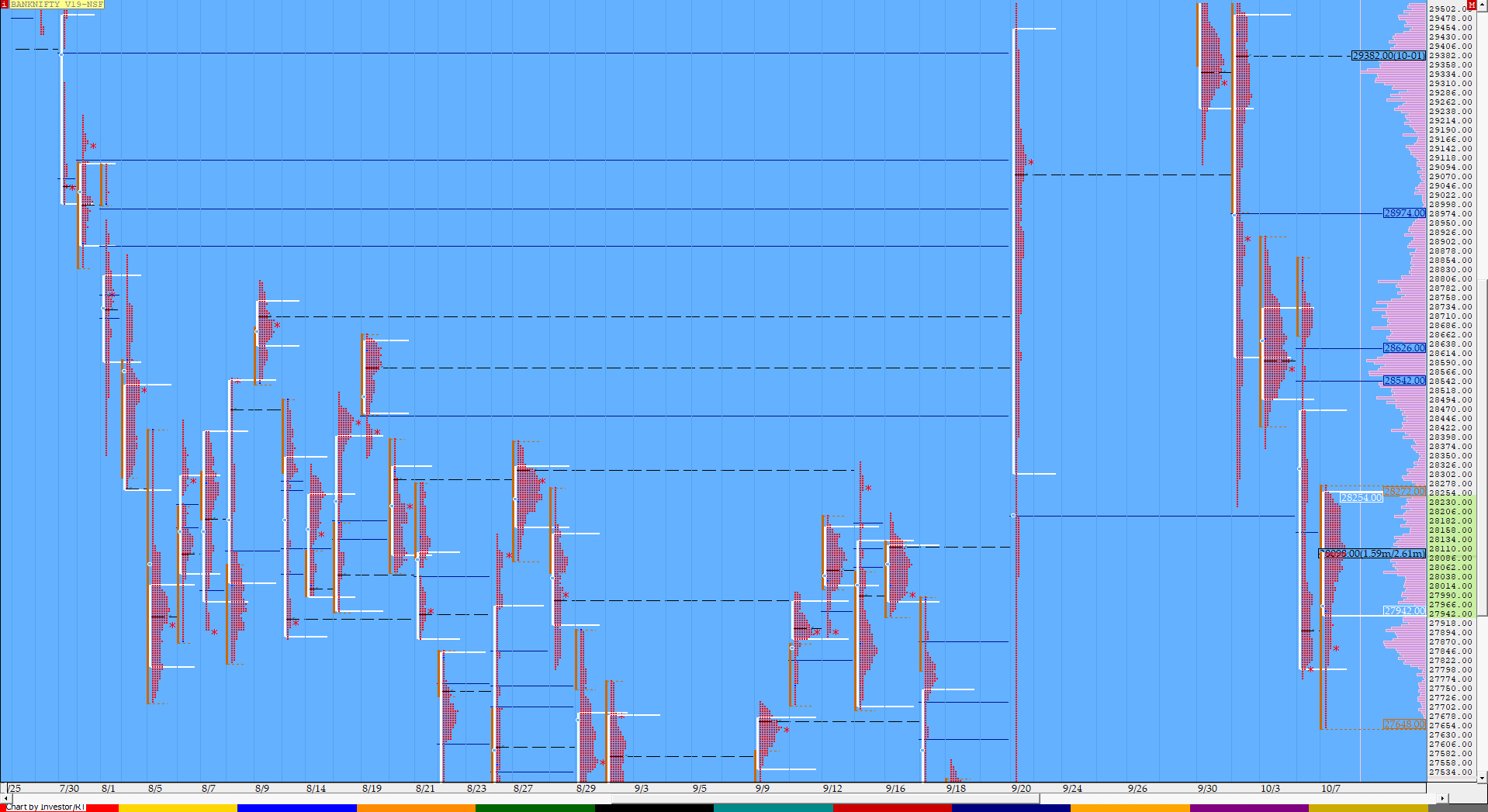 BNF opened higher but the almost OH (Open=High) start of 27950-27973 led to a big 300 point fall in the first 10 minutes as it broke below previous week’s low of 27778 and hit lows of 27652 where it was met with swift rejection which saw it make new day highs of 28010 in the ‘A’ period itself. The auction continued to probe higher in the ‘B’ period as it made highs of 28277 falling just short of the Friday’s Trend Day VWAP of 28284 and in the process left a huge IB (Initial Balance) range of 625 points which indicated that it could remain in this range for sometime attempting to balance after the recent imbalance to the downside. BNF then make a probe down in the ‘C’ & ‘D’ periods after the rejection below yVWAP making a low of 27917 holding just above the yPOC of 27900 after which the auction remained between these 2 levels forming a ‘p’ shape profile for the day but a late spike down in the ‘L’ period saw the morning tail of 27917 to 27652 being tested but unlike NF, BNF took support in the singles and made a low of 27810 before closing the day at 27871 leaving a Normal Day with Value being completely inside previous Value.